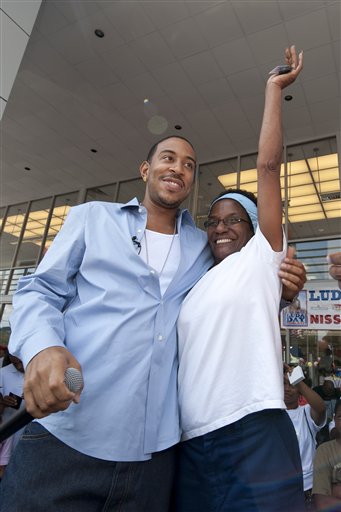 Chris Harn, 29, of Newark, Del., implicated two co-defendant college buddies as he admitted that he had "placed a bet and later modified it so it would win."

Harn was fired Oct. 30 as a senior programmer with Autotote, the company that processed the computerized bets on the Breeders' Cup and other races.

U.S. Magistrate Judge Lisa Margaret Smith said Harn would face up to 25 years in prison, but added that the government had reached an understanding that would point to a much lighter sentence.

Harn, Derrick Davis, of Baltimore, and Glen DaSilva, of New York, were charged with conspiracy to commit wire fraud, which carries a prison term of up to five years.

Prosecutors say Harn used his job as a programmer at a computer wagering company, Autotote, to fix a "Pick Six" bet. The final ticket, with the winners of six consecutive races, was worth $3,067,821.60 — on bets of $1,152.

Because several long-shots horses came in and no other bettor had picked the winners, the payoff was immense — and immediately drew the scrutiny of authorities. The $3 million was not paid, and an investigation was launched.

According to prosecutors, Davis used his telephone account at an Off Track Betting Corp. office in New York to place Pick Six bets in the Breeders' Cup, run Oct. 26 at Arlington racetrack near Chicago.

After the first four races, prosecutors say, Harn connected his Autotote computer in Delaware to an OTB computer in the Catskills regional office and accessed Davis' records, making sure his friend had picked winners in each race.

In the last two races, Davis bet on every horse to insure the multimillion-dollar payday.

The investigation found that DaSilva placed similar wagers on races in early October and won smaller but still substantial payoffs — more than $100,000. Investigators believe those were test runs for the big payday.

The defendants "bet that law enforcement would not catch them, but that's a bet they could not fix," said U.S. Attorney James Comey, who compared the scam with the hit movie "The Sting."