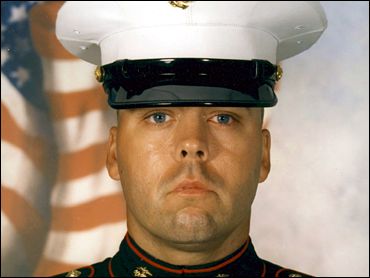 An American man pleaded guilty Thursday to abducting a 12-year-old British girl he allegedly met on the Internet.

Toby Studabaker, 32, changed his earlier innocent plea in a hearing at Manchester Crown Court in northern England, admitting charges of abduction and incitement to gross indecency.

Studabaker, a former U.S. Marine whom prosecutors said had traveled to France and Germany with a schoolgirl he met in an Internet chat room, was extradited to Britain in August from Germany, where he was arrested July 16.

Studabaker, from Constantine, Michigan, told a court in Frankfurt he did not have sex with the girl, who cannot be named for legal reasons, and maintained that he thought she was 18. He did not contest his extradition.

His lawyer, Alison Hunter, asked the Manchester court for a brief adjournment so she could prepare psychiatric reports.

The former marine was arrested in downtown Frankfurt on his way to surrender at the U.S. consulate, hours after the girl caught a flight to England from the southern German city of Stuttgart.

British police say Studabaker befriended the schoolgirl through the Internet, starting off in a chat room and progressing to e-mails and personal letters.

He has also been indicted by a federal grand jury in Michigan in the case, on charges that include transporting a child across international borders for sexual exploitation, sexually exploiting a child in a foreign country and using the Internet to entice a child to engage in criminal sexual activity.

The indictment claims that Studabaker flew to England on July 11-12 to meet the girl and then flew with her to Paris on July 12. The indictment accuses him of sexually assaulting her in Paris.