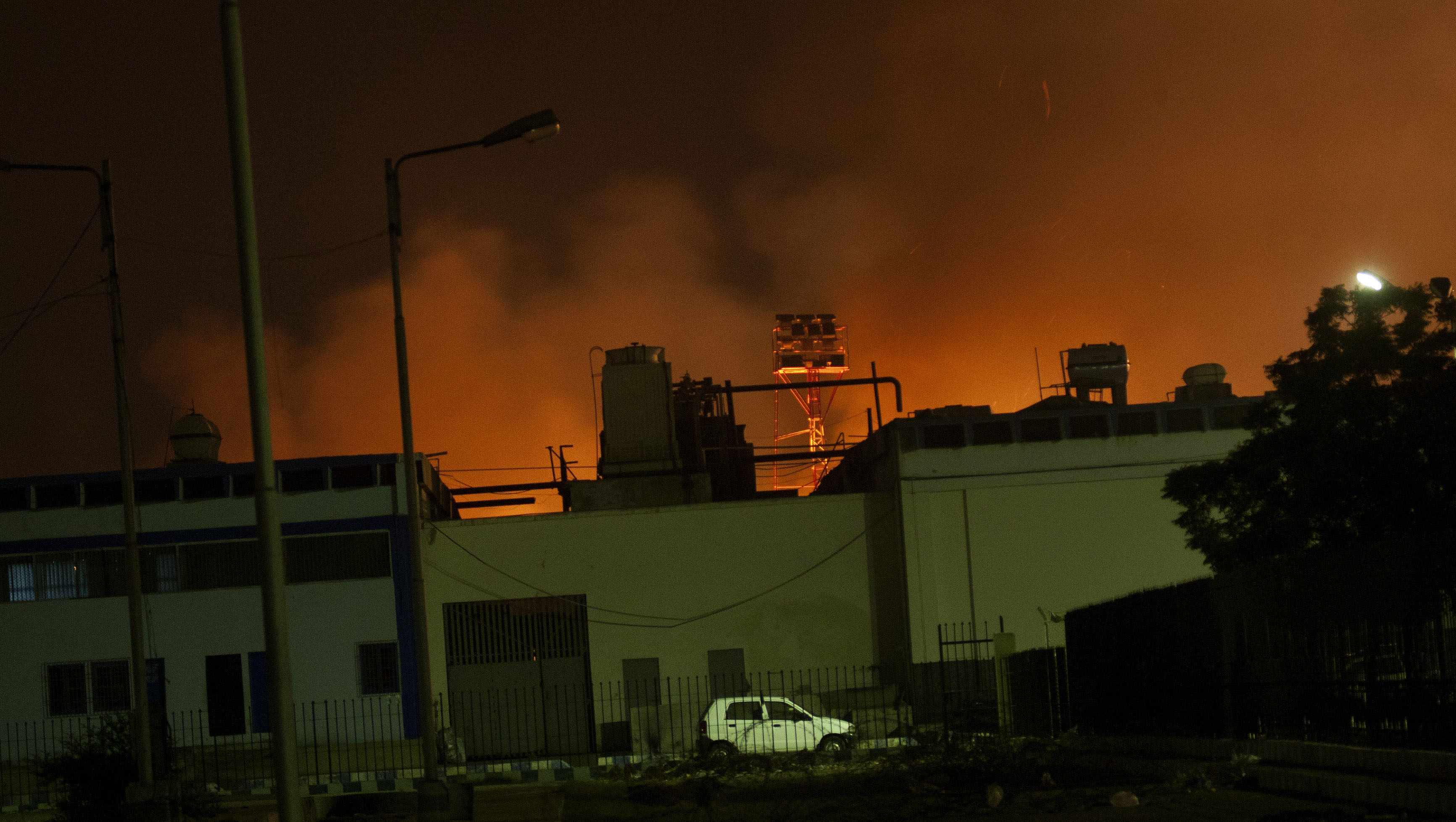 No one immediately claimed responsibility for the attack on the Jinnah International Airport in Karachi, named after the founder of Pakistan, nor the suicide bombing in Baluchistan province. However, the attacks come as government-led peace talks with the local Taliban faction and other militants have floundered in recent weeks.

The airport attack raged for roughly five hours Monday morning in Karachi, a sprawling port city on Pakistan's southern coast, although officials said all the passengers had been evacuated. Heavy gunfire and multiple explosions could be heard coming from the terminal, used for VIP flights and cargo. A major fire rose from the airport, illuminating the night sky in an orange glow as the silhouettes of jets could be seen.

The deadly operation was carried out by 10 militants, said the Chief Minister of Sindh province, Qaim Ali Shah.

"They were well trained. Their plan was very well thought out," he told reporters. He said they intended to destroy some of the aircraft and buildings but were not able to.

The spokesman for the Pakistani military said on Twitter that no aircraft were damaged and that as a precautionary measure, security forces were sweeping the airport before operations would be returned to the Civil Aviation Authority and airport police.