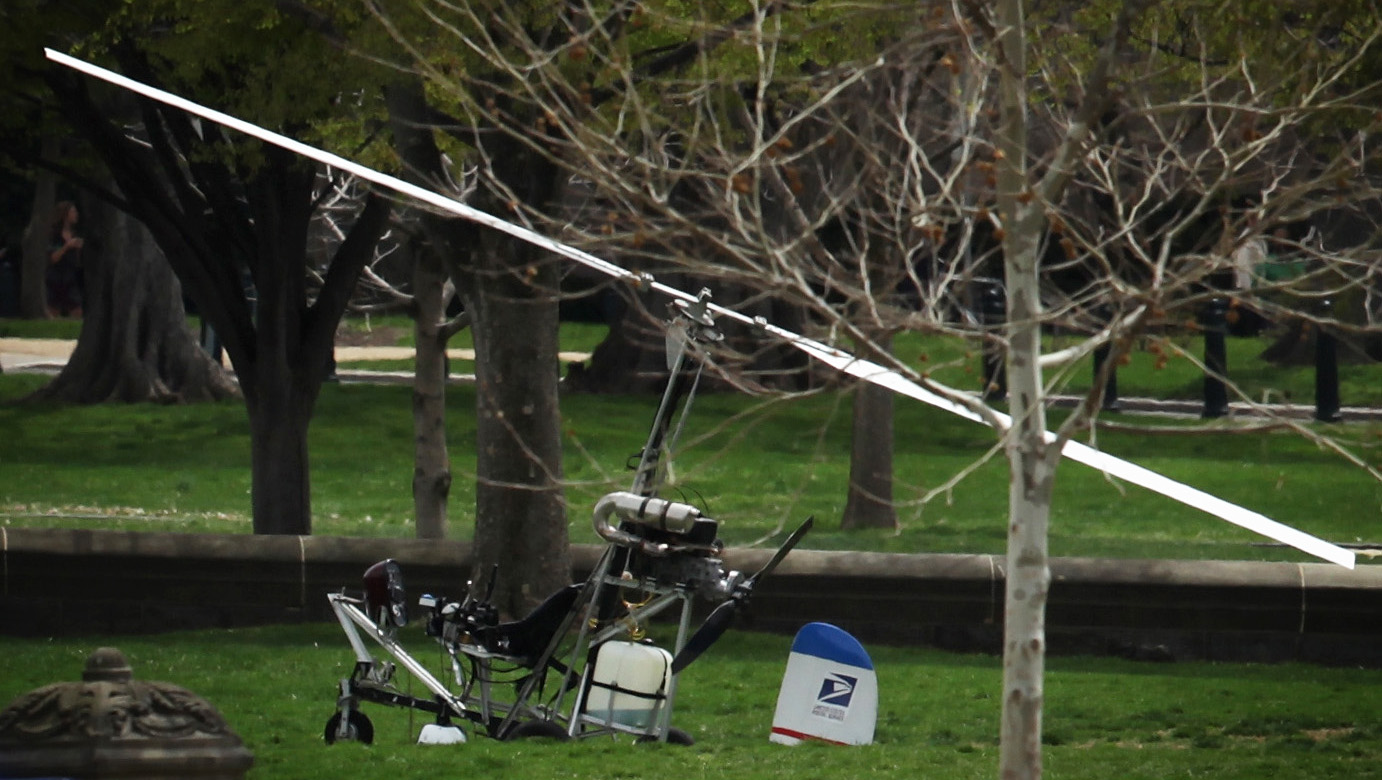 Doug Hughes, the Florida man who flew his gyrocopter into Washington, D.C. and landed it on the west front lawn of the Capitol building last year, was sentenced in D.C. federal court on Thursday afternoon to four months in prison.

The Floridian postal worker, who piloted his gyrocopter from Pennsylvania and into restrictive airspace in D.C., received 120 days in prison, 12 months of supervised release and a $100 fine. In her remarks, U.S. District Court Judge Colleen Kollar-Kotelly said this sentence reflects his "arrogant attitude" towards public safety.

"[You had] tunnel vision by focusing on the news media and not on safety," Judge Kollar-Kotelly said to Hughes.

Hughes faced six charges, including two felonies and had entered a plea of "not guilty" on each of the charges.

Hughes had said he's prepared for the penalties he'd face for breaking the law, but his lawyers asked that he be allowed to remain free. Hughes has suggested he's not remorseful for his stunt, which was designed to bring attention to the issue of campaign finance reform.

The 62-year-old called his actions a sign of civil disobedience, actions no different from those exhibited by Martin Luther King, Jr. and Rosa Parks in the civil rights era. Kollar-Kotelly vehemently disagreed, saying those political dissidents protested discriminatory and unjust laws in a manner that aligned with their political ideologies.

She said to Hughes, "FAA laws are just in a post-9/11 world." She continued, "[You were] violating air laws in a manner that has no connection to your political message."

The judge also said the "calculated risk" Hughes imposed on himself and others outweighed the fact that his actions didn't lead to any harm, injury or damage. Most notably, she drew upon his physical ailments that would have most likely prevented him from legally obtaining a pilot's license. Besides his visual and hearing impairments, Hughes suffers from intracranial stenosis, a condition that reduces the flow of blood in the brain and could lead to a stroke. In an interview following the incident, Hughes told Capitol Police the blockage "could cut loose at any time," causing him to crash in highly congested areas.

Despite these risks, however, Hughes and his counsel argued that he acted responsibly, by seeking pilot training from The Sun State Wing & Rotor Club, the largest gyrocopter group in the south.

After his arraignment, Hughes said he'd never do anything like that again, but he has no regrets. "I would do it again exactly as I did," Hughes said at the time.

The resident of Ruskin, Florida started high flight in Gettysburg, Pennsylvania, according to the government's evidence, taking him through three no-fly zones. Hughes was employed as a U.S. postal carrier, but he did not have authorization to use the U.S. Postal Service emblem on his gyrocopter.

A grand jury indicted Hughes on two felony charges: operating as an airman without an airman's certificate, and violating registration requirements involving aircraft. The remaining charges were misdemeanor counts: three counts of violation of national defense airspace and one of operating a vehicle falsely labeled as a postal carrier.

After speaking to the press last year, Hughes was given a drawing of a "commemorative stamp" featuring a picture of his face, his gyrocopter and the words, "Doug Hughes' Historic Flight Against Corruption." As he left the courthouse, others there called to Hughes, calling him a "hero."

While serving his sentence, Hughes leaves his 12-year-old daughter and wife behind.