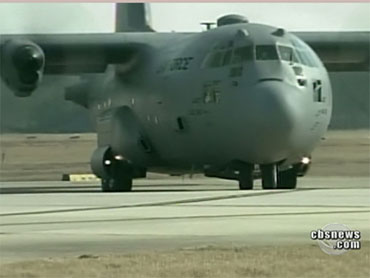 With more than 1,000 planes still waiting to land in Haiti, the commander of U.S. forces in the region says officials have opened a third alternate airport to hasten the movement of relief supplies.

The Commander of U.S. Southern Command told a Pentagon press conference Thursday that 120 to 140 flights a day are now able to land at the country's single airport in Port-au-Prince, which was damaged in last week's earthquake.

Gen. Douglas Fraser said officials have a waiting list of 1,400 flights seeking to get into the country.

Fraser said in a videoconference from Haiti that in addition to alternative airfields opened this week in Jacmel, Haiti, and one in the neighboring Dominican Republic, another airport is now open in the Dominican Republic.