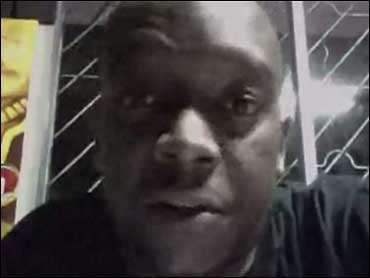 An aftershock hit as he was doing a SKYPE interview with CBS News. "You see right now? There's aftershocking. You see? It's shaking."

Pedrel, the host of a radio show, said, "I got a lot of people coming in here in the radio station crying for help, because we're still on the air."