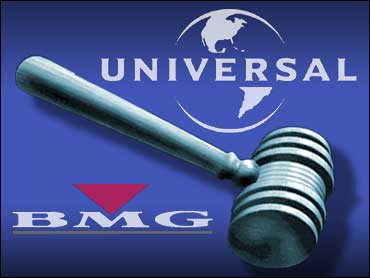 Before most of the field even crossed the starting line, Mika Hakkinen took control of Sunday's Hungarian Grand Prix and moved to the top of the Formula One standings.

The two-time world champion gunned his McLaren to the inside heading into the hairpin first turn and forced Michael Schumacher, the pole-sitter and season-leader, to back off and avoid ending a third straight race with a first-turn wreck.

With that, the 77-lap contest was all but over. Hakkinen was never challenged again, and moved in front of his Ferrari rival, 64-62, in the season points race.

"It was close, very close with Michael in the first corner, but that's what racing is all about," said Hakkinen. "In this case, both the drivers did the right thing."

David Coulthard, Hakkinen's McLaren teammate, is third at 58 points with five races left in the season. Ferrari's second driver, Rubens Barrichello, finished fourth Sunday to stay in the race for the drivers' title. He is 15 points behind Hakkinen.

McLaren also took over the lead in the constructors' race, shading Ferrari 112-111.

Hakkinen started third and weaved past Coulthard. He then challenged Schumacher, who crowded him outside the white line on the inside of the track but suddenly yielded to avoid a crash.

Schumacher, also a two-time world champion, has failed to finish four of the last five races and a 24-point lead over Hakkinen has vanished. His last two starts lasted seconds, ending with first-turn collisions.

"My start wasn't too bad, but honestly I was too cautious at the takeoff," said Schumacher, but added he backed off for good reason. "(Hakkinen) was already there. I knew there was nothing I could do."

It was Hakkinen's third Grand Prix title of the season and 17th of his career, putting the Finn back on track to become the first man to win three straight drivers' titles since Juan Fangio in the 1950s.

Schumacher finished 7.916 seconds back, spending most of his race fending off Coulthard, who finished third and wa just 8.454 behind the winner.

After taking the lead, Hakkinen pulled steadily away from his front position on the notoriously twisting and slick 2.468-mile Hungaroring, where overtaking is difficult.

He won the event for the second straight year, completing the race in 1 hour, 45 minutes, 33.869 seconds. He was so in control, piling up faster laps than Schumacher, that not even a sizzling day when temperatures at the track reached 110 Fahrenheit played a role.

"If you see his pace, if he hadn't overtaken me at the start, he probably would have overtaken me at a pit stop anyhow," Schumacher said. "For that reason, I'm not too disappointed."

The German, who trailed Hakkinen by 17 seconds at times, was almost passed by Coulthard with five laps left.

Schumacher's huge lead in the drivers' standings two months ago kindled hopes among the Ferrari faithful of a first title since Jody Scheckter won in 1979.

Hakkinen, who suffered through mechanical problems to start the season, has taken advantage of the German's recent troubles. He's finished with two firsts and two seconds in the past four events.

"I can't tell you what they did, but the car was very fast," said Hakkinen.