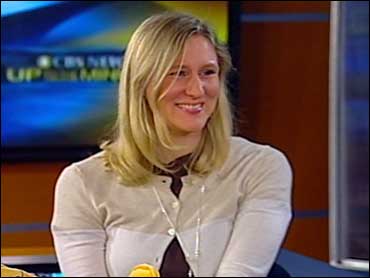 With Halloween just around the corner, costumes are flying off the shelves. Jessica Hartshorn, Sr. Lifestyles Editor for American Baby Magazine, offers some tips on how to find the best costume for your child.

First, get shopping! Stores don't overstock Halloween costumes and some places are already almost sold out. Pottery Barn Kids is one of Jessica's favorite places for kid costumes, but they're almost out of the robot costume she got for her son, for instance. one they still have is an organic banana costume. It represents what she loves about today's safe costumes in that there's no mask, no cape to trip over, it's all one big soft piece. It also makes a great photo!

And consider warmth and ease of movement. No kid wants to be constricted by a costume, and in many parts of the country it's a little chilly on October 31. Jessica gets a huge kick out of the Mickey and Donald costumes from the Disney Store. They're warm, with hats and gloves, but leave arms and legs free for running and holding candy bags.

Invest in dress-up for a preschooler. Princess costumes are expensive but a girl will wear them every day for playtime. FAO Schwarz has a reversible dress, the good witch Glinda on one side and Dorothy on the other. FAO.com has similar great dress-up stuff for boys, like a fireman costume. It's a way to get value for your money.