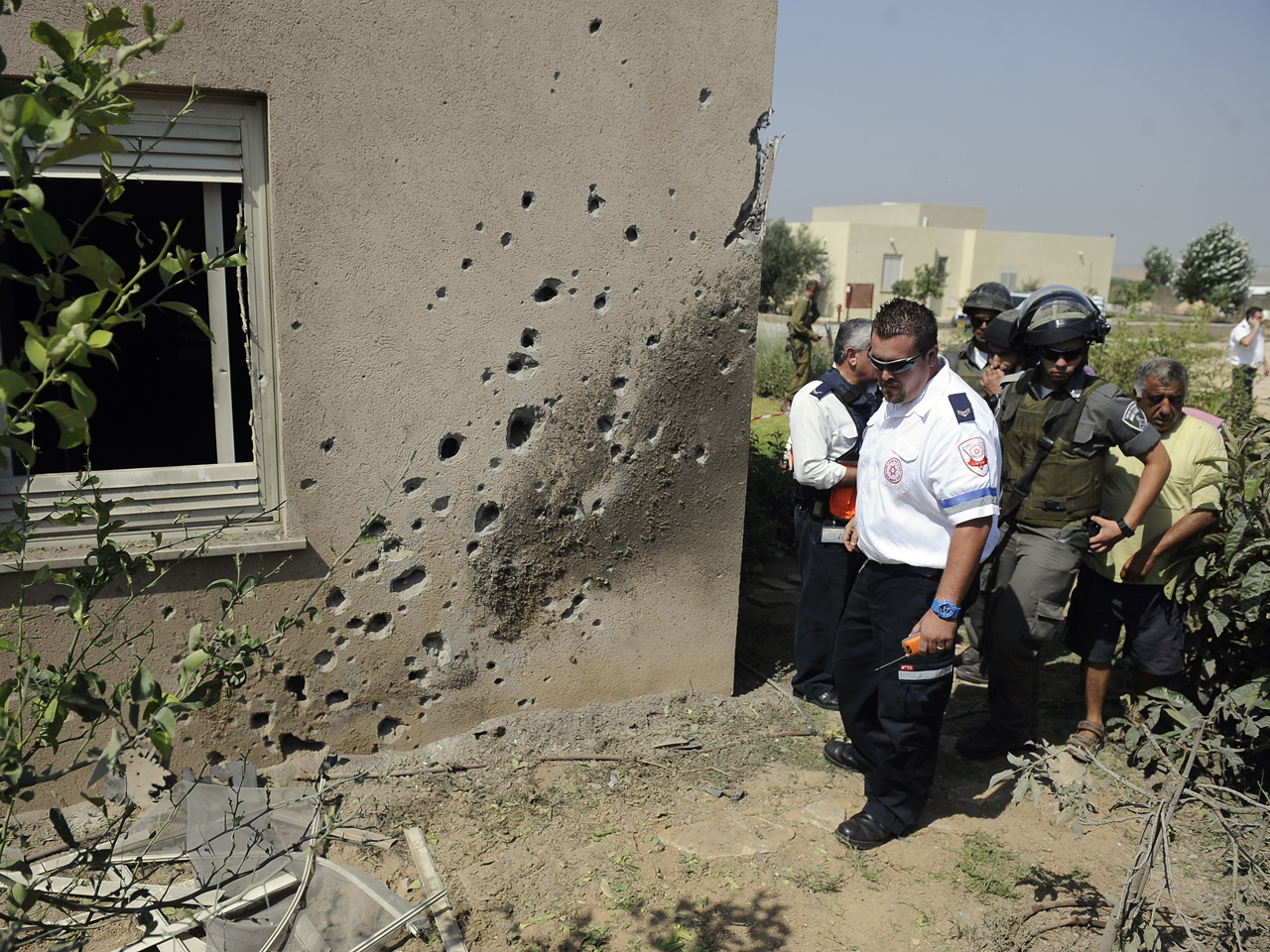 (CBS/AP) JERUSALEM - Amid spiraling violence, the military wing of Hamas said Wednesday it is ready to declare an Egyptian-brokered truce with Israel, according to multiple reports.

Hamas is committed to halt three days of fighting, "as long as the occupation [Israel] stops this aggression", the al-Qassam Brigades said in a statement, reports the BBC.

There was no immediate response to the cease-fire announcement from Israel, CNN reports. Israel claims more than 75 rockets had been fired into its territory from Gaza in the past three days, although Hamas claims more than 100 rockets and mortars had crashed into Israel this week.

An estimated eight Palestinians have been killed in Israeli air strikes in Gaza since Monday, BBC reports, adding that several Israelis have been hurt in the hail of rocket fire from Gaza.

Before the ceasefire offered, Israeli aircraft fired missiles Wednesday at Gaza militants involved in a deadly infiltration from Egypt earlier in the week, killing one and severely wounding the other, the military claimed. It was Israel's first official linking of the ambush to Gaza militants. Earlier, an al Qaeda-linked group had claimed responsibility for the ambush.

The infiltration on Monday was part of a broader spike of attacks drawing retaliatory Israeli airstrikes, including one Wednesday that killed a 14-year-old Palestinian youth and brought the week's death toll in Gaza to nine, Palestinian officials said.

Late Wednesday, Hamas released a statement offering to stop the fire if Israel stops its attacks. It said Egypt urged implementation of a truce. A day earlier, Islamic Jihad released a similar statement, but the exchanges continued.

The flare-up has been the most serious in months, drawing in militants from Gaza's ruling Hamas group, which has largely refrained from attacking Israel since a war more than three years ago. Although neither side seems interested in seeing the violence spiral into another war, clashes could easily escalate if casualties multiply.

Palestinian health officials said Moumen al-Adam, 14, was killed in an airstrike in Gaza City that injured his father and two women. The Israeli military confirmed an attack in the area but had no further information.

It identified the two militants it targeted over the attack from Egypt as Mohammed Rashan and Ghaleb Irmilat. It said Rashan was a member of Tawhid and Jihad, a group affiliated with the al Qaeda terror group and that Irmilat assisted him in planning the attack.

No Palestinian militant group claimed the men, who were killed while riding a motorcycle in southern Gaza.

Israeli officials have been concerned that the increasingly lawless Sinai will become a hinterland for Gaza militants, who can sneak across the Gaza-Egypt border through smuggling tunnels.

Monday's attack was further evidence of the stepped-up militant activity in the Egyptian desert area, which descended into unprecedented turmoil after longtime President Hosni Mubarak was ousted by a popular uprising early last year. Israeli and Egyptian security officials say the desert area harbors an array of militant groups, including Palestinian radicals and jihadists inspired by al Qaeda.

In Monday's attack, two militants slipped into Israel across its porous border with the Sinai and killed an Israeli Arab construction worker who was on a crew building a security fence meant to avert such attacks. A little known group, the Mujahedeen Shura Council of Jerusalem, identified an Egyptian and a Saudi as the ones who carrying out the attack, but there was no way to verify that claim.