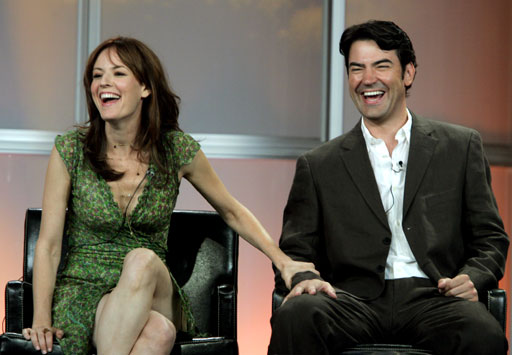 
Not many former presidents would travel across the country on their 90th birthday just to spend some time with reporters who used to cover them, but that's exactly what Gerald Ford did last week, and it produced a scene at the National Press Club that was all too rare.

Mr. Ford said nice things about the reporters -- not many former presidents of any age would do that -- and the reporters said nice things about him, and this was not your usual hallelujah chorus. It included everyone from Bob Woodward, whose Watergate reporting brought down Richard Nixon, to the old Newsweek reporter Tom DeFrank, Time magazine's Hugh Sidey, the legendary Helen Thomas and even Phil Jones and that other guy from CBS.

Part of it, of course, is that Mr. Ford is 90. But I think there was more to it than that. You see, reporters always respected Mr. Ford because he actually listened to their questions and tried to answer them. He believed he owed that to the reporters because he believed the American people deserved an explanation for his actions. That attitude is so out of fashion now, it almost seems quaint.

These days PR advisers coach their public officials to develop two or three talking points and then recite them over and over and over no matter what the question, which works fine until the news turns bad, as the current administration is discovering.

It's getting to be a long time ago since politicians acted like Gerry Ford, and the new generation of public officials could learn a lot from him, but my guess is they won't.