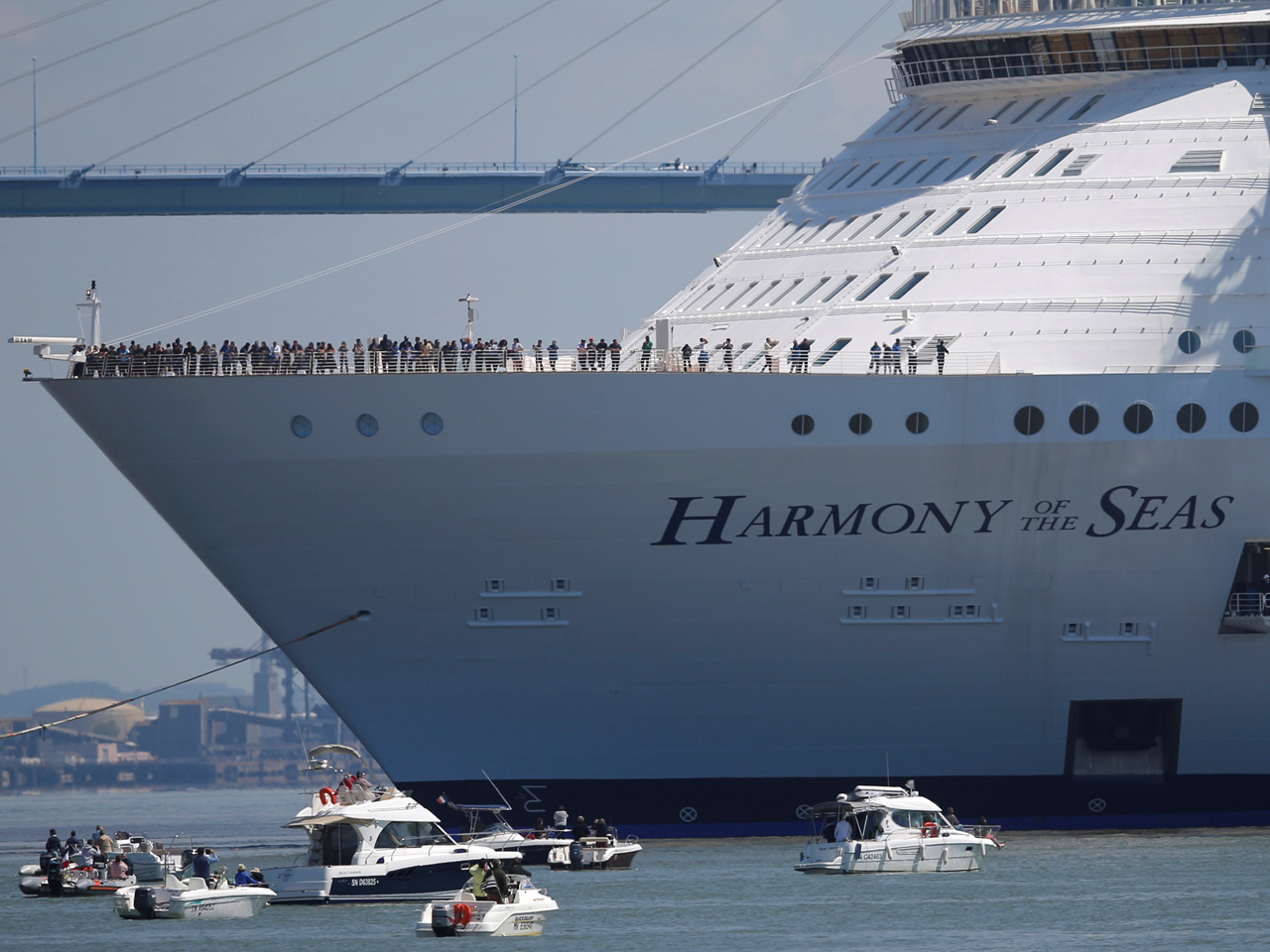 PARIS - Tens of thousands of French well-wishers waved revoir to the largest cruise ship in the world as it set sail on its maiden voyage to the U.K. after 32 months in a French shipyard.

The $1 billion Harmony of the Seas cut a gargantuan silhouette Sunday as it left the western port town of Saint-Nazaire.

At 362 meters (1,187 feet) long, the 16-deck ship is bigger that the Eiffel Tower and holds the record for being the widest cruise ship ever built - boasting a 6,360-passenger capacity.

There will also be entertainment venues and a skating rink on board, which will open to the public when there aren't shows on the ice. The ship's captain, Johnny Faevelen, claimed golf will even be an option on board.

The Harmony of the Seas is expected in Southampton on Tuesday, before its inaugural voyage on May 22 to Barcelona.