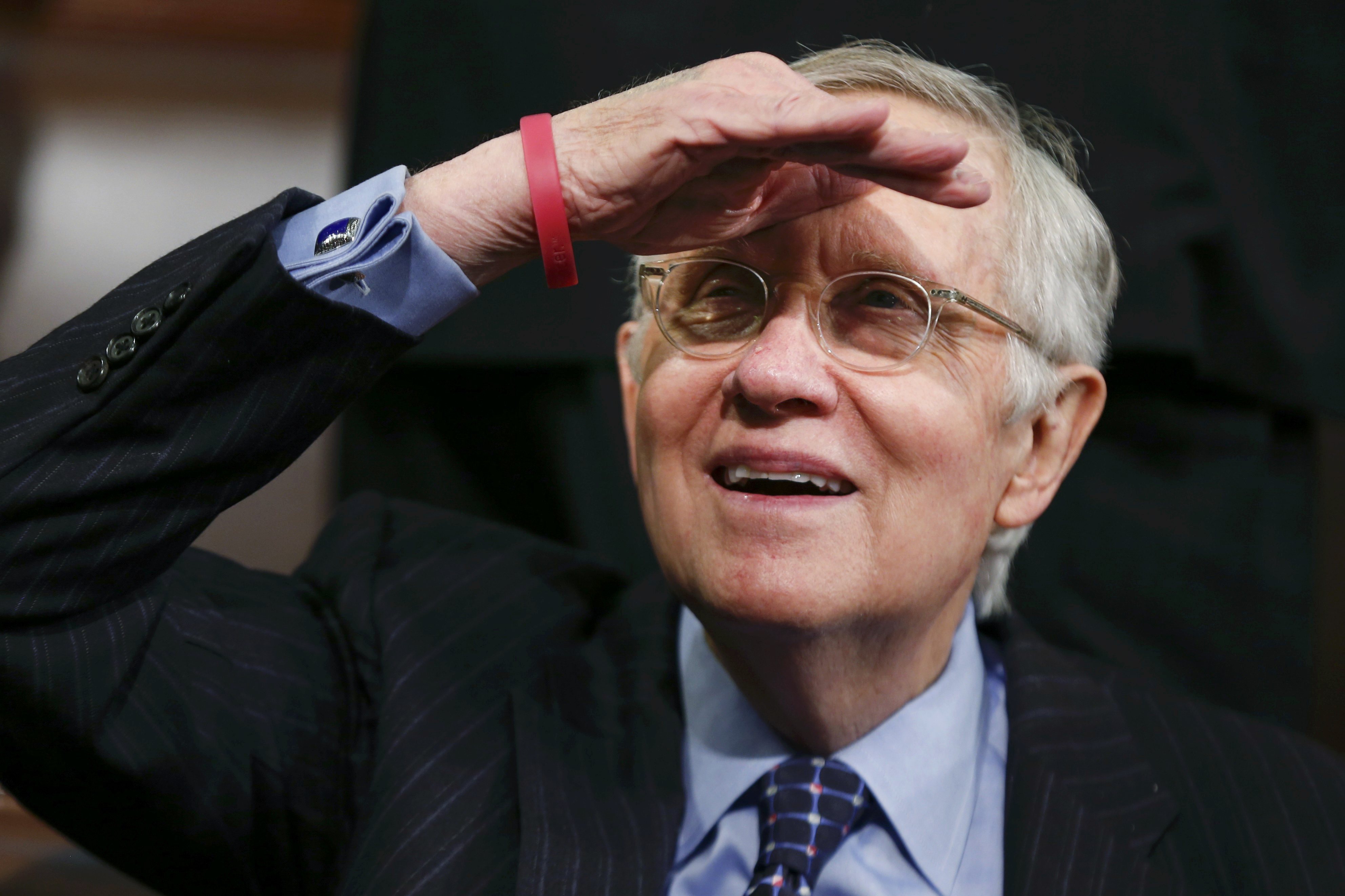 As secretary of state Hillary Clinton is expected to increase her delegate lead in the five East Coast primary states voting on Tuesday, Senate Minority Leader Harry Reid was asked Tuesday afternoon whether he thought Vermont Sen. Bernie Sanders has a path to winning the Democratic nomination.

"No, I do not," he said at his weekly Senate news conference.

"Bernie is going to do what he feels is appropriate and I have every confidence that Bernie, his number one issue is not him, it's the country," Reid said.

Reid initially declined to endorse a candidate in the Democratic presidential race, but threw his support behind Clinton after her victory in his home state of Nevada back in February. Of the 44 Democratic senators, 40 have endorsed Clinton; just one, Oregon Sen. Jeff Merkley, has endorsed Sanders.

The Senate leader said he doesn't think it's a problem if Sanders stays in the race until the Democratic convention in July, as Sanders has indicated he will do. He "has run a campaign that I think we've all recognized has been unique and powerful," Reid added.