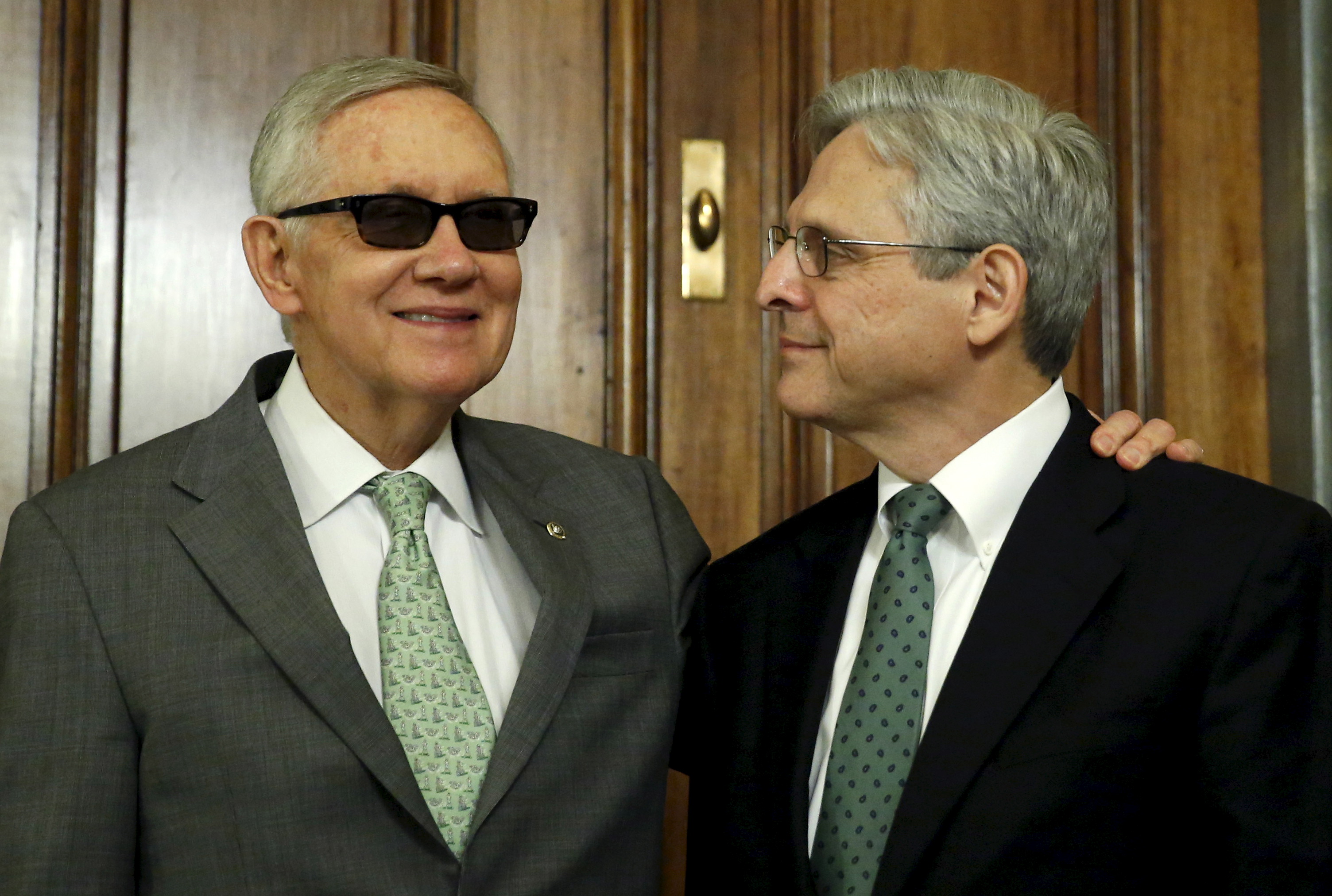 Senate Minority Leader Harry Reid is counting on pressure from the media and the public to convince Senate Republicans to give Judge Merrick Garland a hearing and a vote on his Supreme Court nomination.

After a meeting with Garland, Reid told reporters, "I'm confident he is going to get approval." He pointed to pressure from news stories and said he and other Democratic senators would be doing events in their home states during their two-week recess beginning next week to press the case for Garland. Reid said that he and Garland had a "very nice meeting," calling him "affable," and said his "qualifications are about as good as you could get."

The path for Garland's Supreme Court nomination in the face of the determined opposition of Republicans isn't entirely clear, though. Few Republican senators have agreed to face-to-face meetings with Garland, and GOP leaders have remained steadfast in their refusal to grant him a confirmation hearing.

Reid wondered aloud why Republicans won't meet with him, why they won't hold a hearing, why they can't just do what they're supposed to do and do their jobs. Are they afraid, he asked rhetorically, that the American people will be watching these hearings? "I don't get it," Reid said. He also charged that their goal was to rile the Republican base before the November elections. "All we want them to do is their jobs," Reid said.

Some GOP senators are talking about confirming Garland in the lame duck session of Congress, Reid noted -- that is, after the November elections, but before the new Congress and new president take office. It's an option he argued against Thursday.

"If they're going to do it, why don't they just go ahead and do it now?" Reid said.

He also shared the advice he offered Garland for getting through this period. "I just told him to be himself, calm and collected," Reid said. "I think that's his nature anyway."