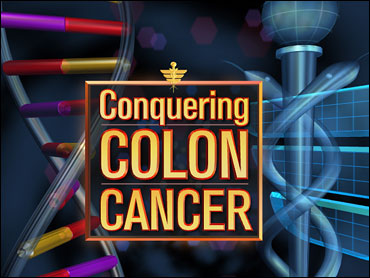 "Early Show" co-anchor Harry Smith is scheduled to have a colonoscopy Wednesday - and the show plans live reports as he undergoes the procedure. Viewers will also learn what Smith had to do to prepare for it.

"CBS Evening News" anchor and Managing Editor Katie Couric plans to be With Smith as he gets ready for and has the colonoscopy at NewYork-Presbyterian Hospital/Weill Cornell Medical Center.

The procedure will be performed by Dr. Mark Pochapin.

It will be the first time an anchor has had a colonoscopy live on network television.

Couric had an on-air colonoscopy in 2000 and afterwards, University of Michigan researchers documented a 20 percent increase in the number of colonoscopies performed across the country. They dubbed it "The Couric Effect."

In addition to following Smith throughout his colonoscopy, viewers will get a tour, conducted by Couric, of the Jay Monahan Center for Gastrointestinal Health at NewYork-Presbyterian/Weill Cornell, named in honor of her late husband.

After losing him to colon cancer in 1998, Couric embraced the fight against the disease, becoming a leading advocate. In March 2000, Couric launched the National Colorectal Cancer Research Alliance with the Entertainment Industry Foundation and Lilly Tartikoff to support cutting-edge research and to conduct educational programs encouraging prevention and early detection, through screenings, of this country's second-leading cancer killer. Couric is also a co-founder of Stand Up To Cancer, which raises funds to accelerate groundbreaking research being conducted on various types of cancer by teams of scientists from different institutions.