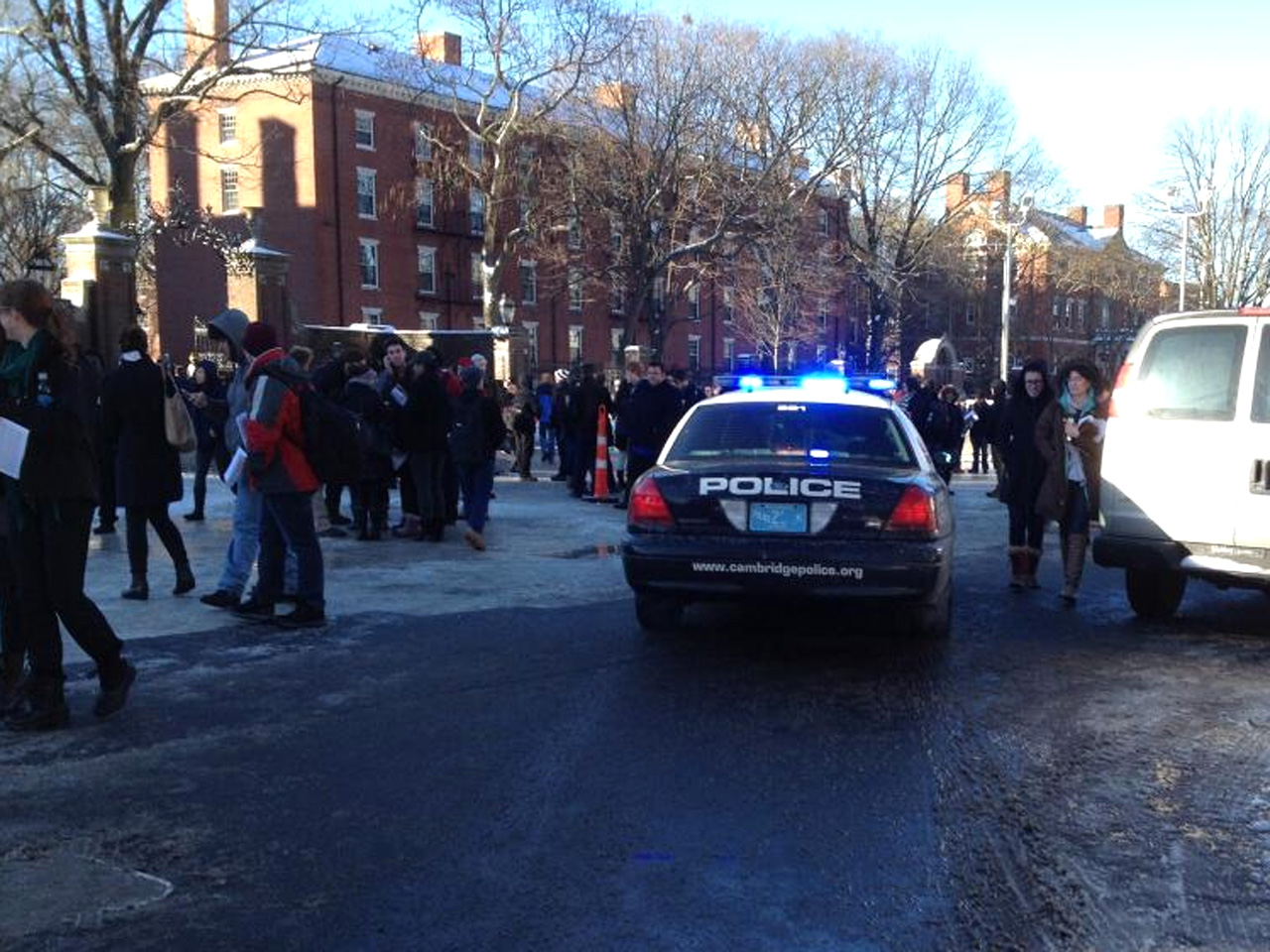 CAMBRIDGE, Mass. - Four buildings on the Harvard University campus that were evacuated this morning due to unconfirmed reports of explosives have been cleared.

Reports of bombs on campus -- which occurred during finals week -- remain unconfirmed, nor have there been reports of any explosions.

The school posted alerts on its emergency page and its Twitter account, saying that university police Department received an unconfirmed report that explosives may have been placed at Sever, Thayer and Emerson Halls and at the Science Center.

"Out of an abundance of caution, the buildings have been evacuated while the report is investigated," the school said.  Access to Harvard Yard was restricted to residents of the Yard with a Harvard ID.

Employees were also alerted via automated phone message this morning.

The school subsequently posted that, while the investigation is continuing, the report remains unconfirmed, and university police have no reason to believe there is a threat to any other site on campus.

Federal and state officials have joined the probe, and the White House reported that President Obama has been briefed on the matter.

School officials told the school paper that administrators "are working to identify and reschedule exams that were scheduled" in buildings affected by this morning's evacuations.

Sophomore Santiago Pardo told the Associated Press by phone that he and his roommate were keeping close tabs on the situation from their dorm, Adams House, which is not near Harvard Yard.

Last month in Connecticut, Yale University (another Ivy League school) was locked down for nearly six hours while authorities investigated a phone call saying an armed man was heading to shoot it up, a warning they later said was likely a hoax.

And in February, someone called in a hoax about a gunman on the campus of the Massachusetts Institute of Technology, another elite school about two miles from Harvard. The university said the gunman was a staff member looking for revenge after the suicide of an Internet activist accused of illegally using MIT computers.