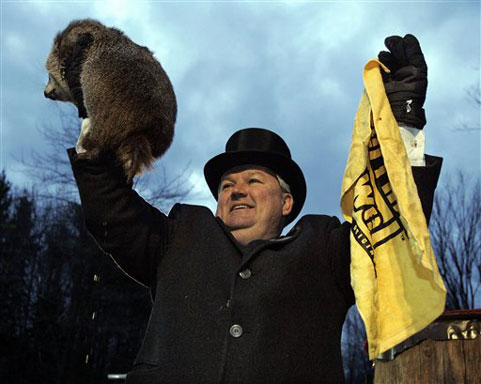 Three days after Olaf Kolzig got a hefty raise Dominik Hasek got his revenge over Washington's newest millionaire.

Hasek made 23 saves for his third shutout of the season and Buffalo Sabres extended their unbeaten streak to seven games with a 2-0 victory over the struggling Washington Capitals Thursday night.

"Tonight was a well-executed road game where we really didn't do a lot of things wrong," Sabres coach Lindy Ruff said. "We didn't ask Dominik to make brilliant saves early and at times it was pretty slow for him."

The Sabres are 4-0-3 in their last seven games, equaling the current 5-0-2 streak by the Phoenix Coyotes for the NHL's longest unbeaten string of the season.

Hasek, who has started and finished each of Buffalo's 13 games this season, recorded his 36th career shutout by outdueling Kolzig, who bested him in the Eastern Conference finals last year and blanked the Sabres 1-0 Oct. 23.

"I don't really need breaks -- I feel very good physically," Hasek said. "Right now the schedule is very easy (and) we don't play too many games. So maybe on the road in December or January, with more back-to-back games, I'll probably get more rest."

Kolzig, playing in his first game since signing a four-year, $12 million contract extension Nov. 9, made 23 saves but couldn't prevent Washington from falling to 1-4-2 at home.

"It seems that when these two team match up, one guy's going to get a shutout," Ruff said. "It's either Olie or Dom. .... It's a great matchup."

Dixon Ward and Miroslav Satan scored for the Sabres, who are 2-0-2 in their last four road games.

Washington, coming off an eight-goal outburst in Ottawa Nov. 7, was shut out for the second time this season and has not won at MCI Center since blanking Anaheim 1-0 Oct. 10 in the season opener. The Capitals are 1-5-2 in their last eight games.

"You can blame me -- I've got to find a way to wake some of these guys up," Capitals coach Ron Wilson said.

Ward's fourth goal caromed off two Capitals and the right post for a 1-0 Buffalo lead 2:33 into the game. Ward cut loose from the right point and the puck glanced off a diving Mike Eagles in the circle and Ken Klee, who was clearing Vaclav Varada from in front of the net.

Early in the second period, when Kolzig couldn't smother a loose puck during a scramble in the crease, Satan skated down the slot to whack it past him for a 2-0 lead.

The Capitals thought they had scored 14:58 into the second period, but referee Blaine Angus nullified an apparent goal by Craig Berube when a video replay showed Berube was in the crease when he scored from the right post.

Washington was 0-for-6 on the power play and didn't test Hasek until late in the game. With 8:30 left, Hasek gobbled up Brian Bellows' wrist shot from deep in the slot.

A minute later, Hasek came out of the net to block Joe Juneau's attempt from the left wing. The puck ricocheted right back to Juneau's stick, but his second shot in the sequence trickled tantalizingly wide of the left post.

"We didn't test him the way we should," Wilson said of Hasek. "We didn't show any real determination to go to the front of the net. ... We've got to play better than this."