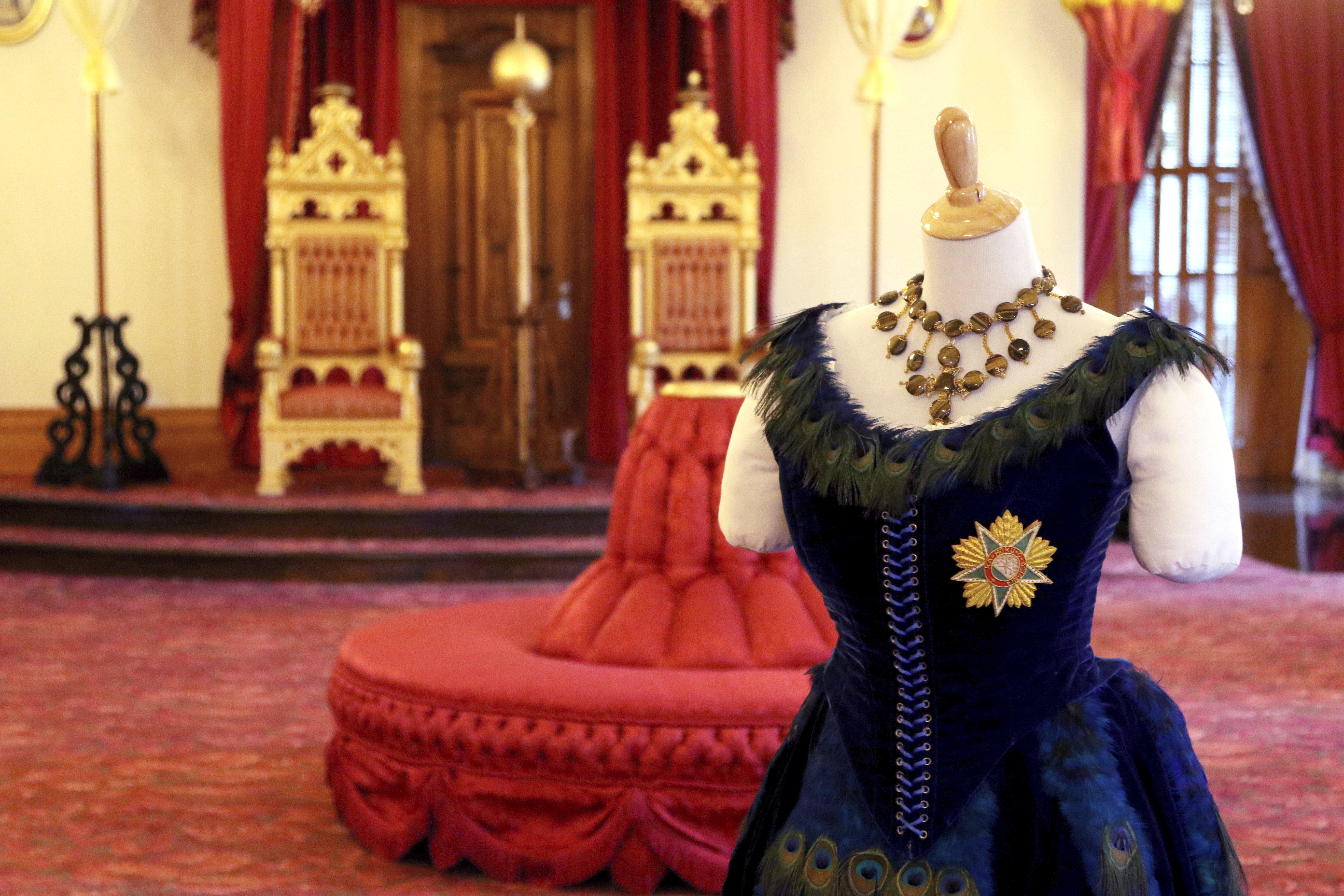 HONOLULU -- Every day, tourists flock to a downtown Honolulu palace for a glimpse of the way Hawaii's royal family lived, marveling at its gilded furniture, lavish throne room and grand staircase made from prized koa wood. But few know Iolani Palace -- America's only royal residence -- has relied in part on the generosity of a descendant of that family while the relic of the monarchy's rule now serves as a museum.

Multimillionaire heiress Abigail Kinoiki Kekaulike Kawananakoa, considered by many to be Hawaii's last princess, has paid the palace's electric bills for the past six years.

But the intensely private Native Hawaiian, whose $215 million fortune includes race horses and real estate, is no longer in a position to fund her pet charities, including the palace and various Native Hawaiian causes.

A court struggle is playing out for the 91-year-old's fortune. Her longtime lawyer persuaded a judge to appoint him trustee, arguing a stroke over the summer left the heiress impaired. She claims she's fine, and has since fired that lawyer and married her girlfriend of 20 years.

Since the court battle began, the electricity payments have stopped, Iolani Palace Executive Director Kippen de Alba Chu said. Officials who run the palace completed in 1882 have relied on a backup plan to pay the light bill and stay open.

Also disrupted, according to court documents, were funds earmarked for a Native Hawaiian nursing student's scholarship and materials to repair a damaged crypt at the Royal Mausoleum, where members of Hawaiian royalty are buried.

Over the years, Kawananakoa has used her money to fund protesters fighting a giant telescope on a mountain some Native Hawaiians consider sacred; to challenge a contentious Honolulu rail project; and to support the Merrie Monarch Festival, a prestigious hula competition.

Kawananakoa is the granddaughter of the late Prince David Kawananakoa, who was named an heir to the throne. She has no official title or real power in the state, but that doesn't matter to many Native Hawaiians, who see her as a link to when Hawaii was its own nation -- before American businessmen, backed by U.S. Marines, overthrew the Hawaiian kingdom 125 years ago.

"She was always called princess among Hawaiians because Hawaiians have acknowledged that lineage," said Kimo Alama Keaulana, assistant professor of Hawaiian language and studies at Honolulu Community College. "Hawaiians hold dear to genealogy. And so genealogically speaking, she is of high royal blood."

Some note that Prince David has other living descendants and say the heiress is held up as the last tie to the monarchy simply because of her wealth. Kawananakoa's riches come from being the great-granddaughter of James Campbell, an Irish businessman who made his fortune as a sugar plantation owner and one of Hawaii's largest landowners.

But Kawananakoa's supporters say she is the closest connection to the throne because, although they were already related, the prince's widow formally adopted her as a daughter.

Last princess or not, Kawananakoa's inheritance wields tangible power -- and some worry about it falling into the wrong hands.

In July, her longtime attorney James Wright filed an emergency petition seeking to be named successor trustee to all of her trust assets, saying in court documents that Kawananakoa is "impaired as a result of an acute stroke."

In August, attorney Michael Lilly wrote a letter to the judge saying he now represents Kawananakoa and he strongly contests any contention she is incompetent.

Lawyers for the heiress dispute she had a stroke, saying in court papers it was a transient ischemic attack, which has similar symptoms but caused no permanent damage.

Neither Kawananakoa nor Worth responded to requests for comment from The Associated Press. However, Kawananakoa's attorney said in court papers the abuse claims are false and that Kawananakoa fell and "struck furniture, which caused the bruising, which is not uncommon at someone her age."

A judge in September appointed a special master to independently investigate the heiress's mental capacity and the abuse allegations.

Kawananakoa largely avoids airing her personal life, and some who know her say even her Oct. 1 wedding at the home of a retired state Supreme Court justice came as a surprise.

But she has occasionally drawn attention over the years, including in 1993, when one of her horses won $1 million in New Mexico's All American Futurity.

Five years later, furor erupted after Kawananakoa sat on a palace throne for a Life magazine photo shoot. She damaged some of its fragile threads, but repairs were made and the throne was returned to the palace throne room. Still, the uproar led to Kawananakoa's ouster as president of Friends of Iolani Palace, a position she held for more than 25 years.

Some Hawaiians, such as well-known activist Walter Ritte, aren't interested in revering her genealogy or wealth. Hawaiians, especially those who live in poverty, can't relate to her, Ritte said.

"She has given some money here and there," he said. "She could have done a lot more for Hawaiians."

The court battle focusing on Kawananakoa's age and health has others reflecting on her as a final living reminder of Hawaii's monarchy and as a symbol of a proud Hawaiian national identity that has endured.

"It is fair to say that Abigail Kawananakoa is the last of our alii," said Keaulana, using the Hawaiian word for royalty. "She epitomizes what Hawaiian royalty is - in all its dignity and intelligence and art."

Palace officials will be watching the case. A hearing is tentatively scheduled for Feb. 8.