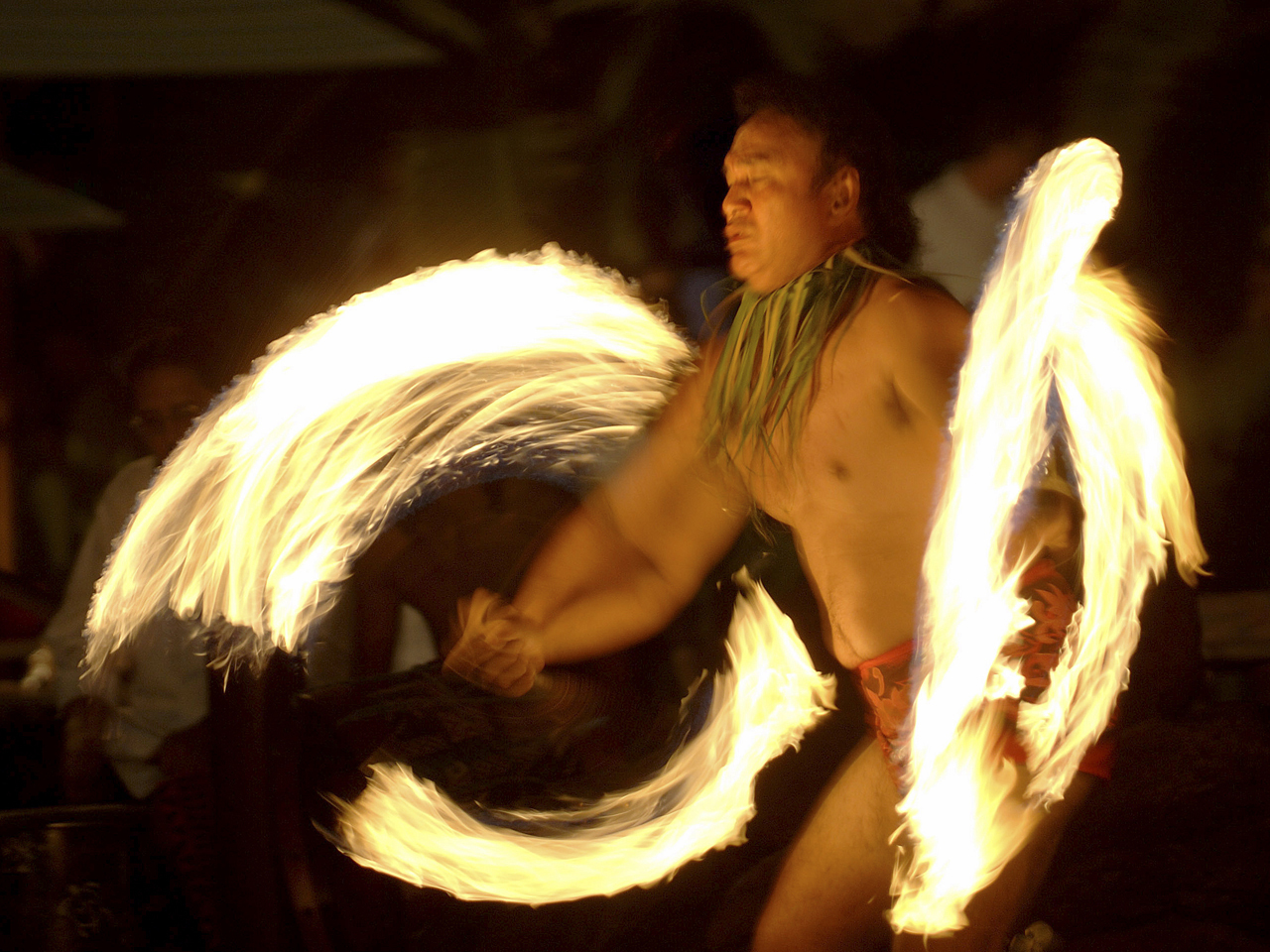 (AP) HONOLULU -- Coconut bras aren't Hawaiian. Neither are grass skirts. Tiki bars? They're from California. Yet they're all among the most recognizable symbols of a Hawaiian vacation.

Now, many resorts in Hawaii are hoping to change those images, edging away from these kitschy marketing inventions and toward real-life Hawaiian traditions that can make the trip to the islands more special for travelers.

Driving the movement, in part, is economics. Tourism leaders know Hawaii needs to highlight what makes the islands unique to compete with other sun-and-surf destinations like Florida, Mexico and Thailand.

But the turn is also the latest sign of a Native Hawaiian renaissance with more locals studying Hawaiian language, reviving traditional styles of hula and learning ancient skills like using stars to navigate the ocean.

"It's about having that sense of place - understanding who went before us, understanding that Waikiki is a place where we are so deep seated in our culture. And now, there's this resurgence to share it with our guests," said Kehaulani Kam, cultural services director at Starwood Hotels and Resorts Waikiki.

The trend may help improve the dim view many Native Hawaiians have of tourism, the state's largest industry and biggest employer. A 2010 state survey found nearly 60 percent of them don't believe it helps preserve their language and culture.

The disdain was captured in a Saturday Night Live skit in 2009 that drew protests from state officials and praise from others as good satire.

In it, Dwayne "The Rock" Johnson and Fred Armisen play two underpaid entertainers in grass skirts at a Kauai restaurant. Johnson performs a sloppy dance resembling hula and Armisen strums the ukulele. Both sing in gibberish that tourists may think is Hawaiian.

Tourists watching the performance drink tropical cocktails and gush about how happy they are to be in Hawaii, oblivious to the facade.

The misconceptions come from the way Hawaii is marketed and presented to outsiders. Travelers, who see vacation brochures with photos of grass skirts, coconut bras, Samoan fire-knife dancing and Tahitian hula dancers, naturally get the impression these are Hawaiian traditions.

The prominence of many of the images can be traced to the arrival of tiki bars in Hawaii - from California.

Around that time, "in the 50s is, nighttime shows here shifted from being just Hawaiian, which they had been previously, to Polynesian. That's when you get a knife dancer, torch guys, Tahitian hula," said DeSoto Brown, a historian at Bishop Museum.

The Hawaii Tourism Authority is distributing a new guide to advertisers, travel reporters and others involved in disseminating information about Hawaii that attempts to clarify what is and isn't Hawaiian.

The agency wants people to identify a fire knife dance as Samoan and Tahitian hula as Tahitian when they use photos of various performances. If people want to show Hawaiian hula, they should be sure that's what's depicted in the images.

"It's all positive stuff. No scolding. Just helping," Wilson said.

For Lori Sablas, the cultural director at the Kaanapali Beach Hotel on Maui, it is about accuracy. "My mandate is: 'How do Hawaiians think? How do Hawaiians act?' Let's not change it. Let's not make it up," she said.

That means they grow taro - called kalo in Hawaiian, it's the starchy vegetable used to make the traditional dish called poi - on the property and prominently display canoes, pahu drums and other traditional artifacts.

It also means mandatory classes, on company time, for staff on Hawaii culture.

They saw rare native sandalwood trees, heard a Lanai legend about a man who was banished there because he didn't listen to his father and learned about the long-lost art of using stars, waves, birds and other cues from nature to travel between islands.

Some corporate executives might question the investment return on such classes. But Sablas said employees give better, more confident service when they understand Hawaii.

The Walt Disney Co., a master of creating make-believe worlds, has taken the concept farther. The global entertainment giant chose Hawaii as the location for its first major stand-alone resort that isn't a theme park.

Instead of building a Cinderella castle, Disney designed the hotel Aulani around the idea of telling guests about Native Hawaiian culture. One of the hotel's bars - the Olelo Room - has Hawaiian words on the wall, and its bartenders and wait staff speak Hawaiian.

At night, a storyteller regales guests with Hawaiian legends around a fire pit.

In Waikiki, the century-old Moana Surfrider, now a Westin hotel and part of the Starwood chain, last year started inviting guests to a sunrise ceremony to greet the new moon.

A kahu, or caretaker, says a prayer and leads guests to wade into the ocean from the beach in front of the hotel. The act cleanses them of the pilikia, or problems, they have from the previous month and they ask for strength to take on what's to come.

"These people are on vacation. They don't have to wake up early but they choose to because they want to experience that," he said. "It's not a helicopter ride. It's not a surf lesson. It's a cultural experience."