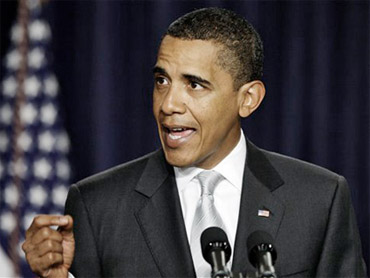 The possibility that malpractice changes could be part of health care legislation that suddenly seems to have better chances of passing has sent doctors and trial lawyers scrambling.

Senators on the Finance Committee are looking at the possibility of special courts in which a judge with medical expertise would hear malpractice cases, says Sen. Kent Conrad, D-N.D. The theory is that medical judges wouldn't be as easily swayed by emotion as are lay juries. Other possibilities include the option of arbitration, as well as some liability protection for doctors who follow "best practice" clinical standards in treating their patients.

Many economists are skeptical that malpractice insurance premiums paid by doctors or even the practice of defensive medicine to avoid litigation are major reasons for soaring health care costs. But the issue looms large politically because many conservatives in both parties are convinced that doctors routinely order up tests their patients don't need because they're afraid of getting sued.

Obama's overture in his Wednesday night speech could give him a way to peel off some Republican votes, as well as shore up support from moderates in his own party. The president said that while he doesn't see malpractice changes as a "silver bullet," he's talked to enough doctors to suspect that fear of litigation contributes to unnecessary costs. He's directing the Health and Human Services Department to provide funding for pilot programs to test some alternatives to litigation.

"I hope this signals a commitment to meaningful malpractice reform," said Sen. Mike Enzi, R-Wyo., one of only three Republicans in the Senate still negotiating with Democratic counterparts seeking an elusive bipartisan compromise.

Doctors' groups, which lost the battle for national limits on jury awards for pain and suffering, now see a possibility for other ways to reduce malpractice lawsuits.

Trial lawyers say no further action is needed from lawmakers.

"It shouldn't be part of the health reform debate in Congress because the president is already doing something today," said Linda Lipsen, the top lobbyist for the American Association for Justice, which represents lawyers. "I think it should close the door because the president has taken control over the issue."

HHS officials pointed to two types of programs in particular. Both are being promoted by Rep. Bart Gordon, D-Tenn., a longtime supporter of malpractice curbs whose amendment authorizing such tests was incorporated in the House health care legislation this summer.

One kind, known as "early disclosure" or "Sorry Works," encourages doctors and hospitals to own up to their mistakes, apologize to patients and their families, and offer restitution as well as a pledge of corrective action to prevent other patients from being harmed by the same mistake.

The second type of program requires would-be malpractice plaintiffs to go before an expert before they proceed to court. The expert can also be a panel that acts like a grand jury to weed out frivolous cases. Gordon said that since his state of Tennessee adopted such a requirement last year, the number of malpractice cases filed has dropped by 69 percent. And malpractice insurance premiums are expected to decline by 2.5 percent this year.

Gordon and Enzi are both interested in broadening the experiment to include health courts that would focus mainly on malpractice cases. The lawmakers believe such specialized courts could be structured to protect the rights of aggrieved patients and their families, and would probably deliver speedier verdicts than the current system.

The trial lawyers are working to head that off. "We don't think that doctors and hospitals need special courts," said Lipsen. "It's a slippery slope. First you have a court for doctors, and then what? A court for plumbers?"

Nonetheless, Gordon says he doesn't see any justification for limiting the experiments with other ways to handle malpractice cases. "I certainly think the door is open now to discussion of any kind of legitimate alternative," he said.