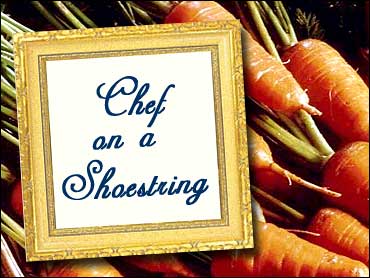 Chef on a Shoestring kicks off the new year on The Saturday Early Show with a healthful and affordable menu from award-winning cookbook author Diane Kochilas.

Her latest cookbook is called "Against the Grain: 150 Good Carb Mediterranean Recipes."

The chef was given a budget of $40 for four people.

Kochilas is the author of "The Glorious Foods of Greece," which won the Jane Grigson Award for Excellence in Scholarship by the IACP in 2001. In addition to "Against the Grain," she has written two other books on Greek cuisine, "The Greek Vegetarian" and "The Food and Wine of Greece."

She is chef-owner of Villa Thanassi, a restaurant with a real country garden, which she runs every summer with her husband, Vassilis Stenos, on their ancestral island, Ikaria. On Ikaria, she also operates The Glorious Greek Kitchen Cooking School and organizes culinary trips and walking tours in Athens and in other parts of the country.

Kochilas was born and reared in New York City. She moved to Greece with her husband in 1992 and now divides her time between New York, Ikaria, and Athens, where she is a restaurant critic and food journalist. Her weekly columns appear in Ta Nea, the country's largest newspaper. Her work also appears often in American magazines and newspapers.

Method
Divide the yogurt evenly among four bowls or parfait glasses. Top each serving with three tablespoons honey and desired amount of walnuts.