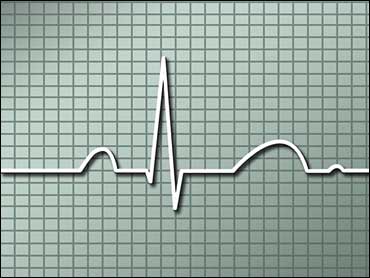 Americans' risk of dying after developing heart failure has fallen about one-third since the 1950s, though the outlook for women has improved more than it has for men, a study shows.

While new drugs have been shown to improve survival, the research is the first population-based evidence that people are living longer with the disease.

About 4.8 million people have heart failure, which occurs when a weakened heart cannot pump blood efficiently through the body. It mostly afflicts the elderly and is thought to be on the rise because of the aging of the U.S. population. It contributes to about 287,200 deaths a year.

Researchers analyzed five decades of data from the Framingham Heart Study and found the number of new cases in women had dropped by about one-third. But there was no change for men.

They also concluded that survival improved for men and women, with deaths from heart failure decreasing about 12 percent each decade. They reported their findings in Thursday's New England Journal of Medicine.

"Heart failure is still a very dangerous and deadly disease. It is just somewhat less deadly today than it was 30, 40, 50 years ago," said Dr. Daniel Levy, director of the government-funded Framingham study, which has been tracking residents of the Boston suburb since 1948.

He said newer drugs and treatments are probably responsible for the improvement in survival.

The study compared death rates from heart failure for 1950-69 with the next three decades. Fifty-nine percent of men died within five years of diagnosis in the 1990s, a drop from the 70 percent in the earlier period. For women, the five-year death rate dropped to 45 percent from 57 percent.

"It's not a huge change. But it's the first time that such a study has showed our treatments are impacting on the survival of patients," said Dr. Margaret M. Redfield of the Mayo Clinic, who was not involved in the study.

The researchers suspect the number of new cases for men remained unchanged because of gender differences in the causes of heart failure. Treatment has improved vastly for high blood pressure, a prominent cause for women. More people are surviving heart attacks, a main cause for men, and the damage to their heart makes them vulnerable to heart failure, Levy said.

The research included 1,075 cases of heart failure from 10,317 participants. The patients were followed for 10 years, and the researchers calculated the overall risk of death dropped by about one-third.

A second study in the journal suggests that a widely used medication for heart failure, digoxin, a type of digitalis, could be dangerous for women.

Researchers at Yale University looked at data from an earlier study to see if digoxin affected men and women differently. That study determined that digoxin, which has been used for centuries and makes the heart contract more forcefully, did not reduce deaths overall but did result in less hospitalization.

Researcher Dr. Harlan Krumholz said they were surprised to find that women in the study who took digoxin died more frequently (33 percent) than women who took a dummy pill (29 percent). They calculated that digoxin increased the risk of death in women by 23 percent. There was no difference in the death rate for men in the study.

Acknowledging their study was not conclusive, Krumholz said: "This analysis raises the possibility that digoxin may, in fact, be harming women."

More than 25 million prescriptions for digoxin are filled in the United States each year, many of them for heart failure, according to researchers.

Drs. Eric J. Eichhorn of Medical City Dallas Hospital and Mihai Gheorghiade of Northwestern Memorial Hospital, said digoxin is a good, cheap drug and should not be abandoned. They said smaller doses may be appropriate for women.

"We need more - and not less - medications that are useful. So before deleting important drugs, we have to think twice," Gheorghiade said.

Dr. Sidney Smith, chief science officer of the American Heart Association, noted that newer drugs have made digoxin less important in the treatment of heart failure.

"A study like this raises some questions, but I think we need more information before we would just say out of hand that some women might not benefit," he said.

Prosecutors confirm that Arozarena was detained "for problems relating to his ex-partner," amid reports of a custody dispute.