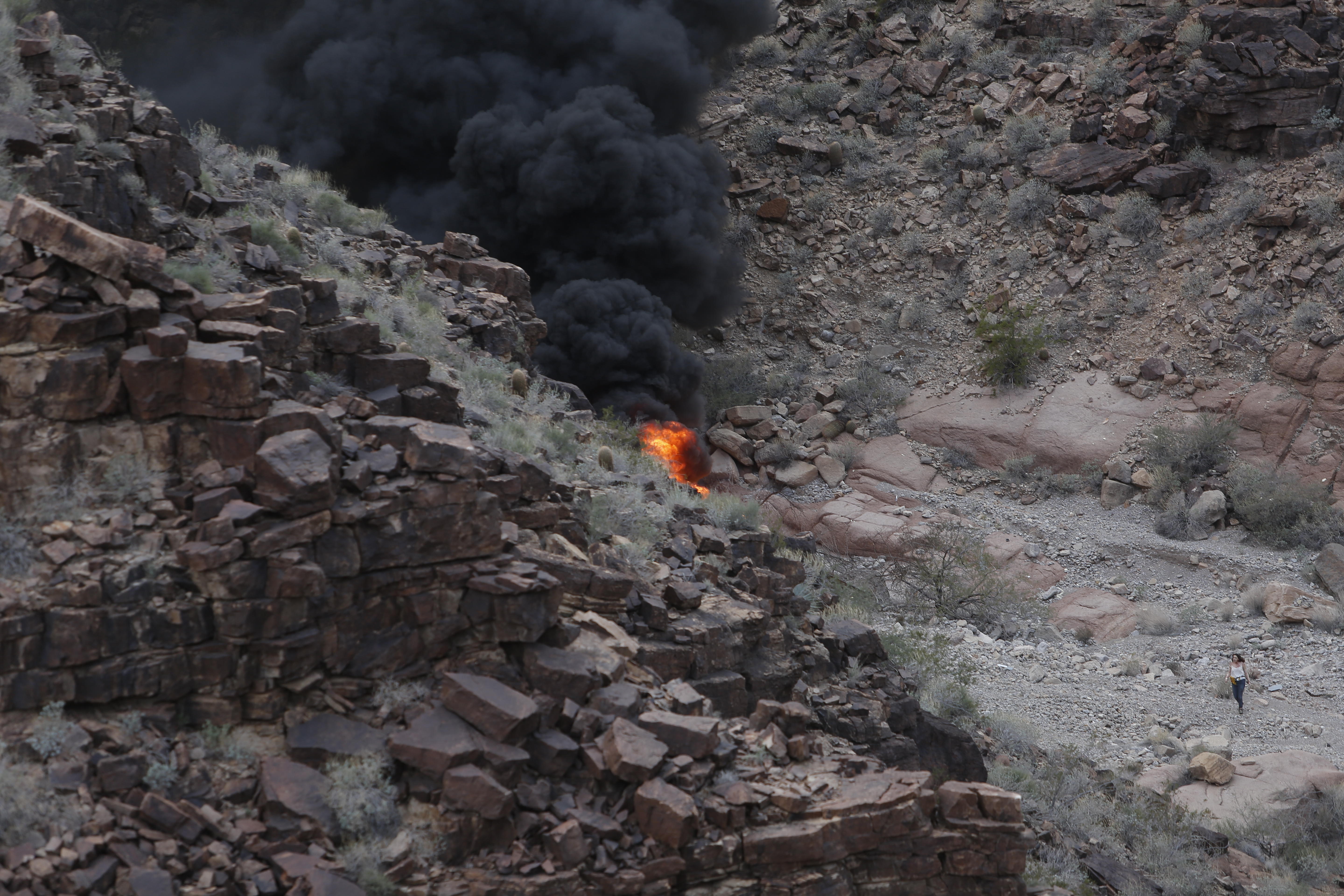 PHOENIX -- A tour helicopter carrying seven people on board crashed in the Grand Canyon, killing three people and injuring four others. The passengers have been identified as British nationals ranging in age from 27 to 39, according to officials.

Six passengers and a pilot were on board the Papillon Grand Canyon Helicopters chopper when it crashed around 5:20 p.m. Saturday on the Hualapai Nation near Quartermaster Canyon, Hualapai Nation Police Chief Francis Bradley said, according to CBS affiliate KPHO-TV. The four who were injured were airlifted to a Las Vegas hospital early Sunday, according to local media.

The CEO of Papillon Group released a statement Sunday expressing its condolocences over the deadly incident.

"It is with extreme sadness we extend our heartfelt sympathy to the families involved in this accident," Brenda Halvorsan wrote. "Our top priority is the care and needs of our passengers and our staff. Family members seeking immediate assistance, please call 1-866-512-9121. We are cooperating fully with NTSB investigators and local authorities."

The company's website says it flies roughly 600,000 passengers a year on Grand Canyon and other tours. It also notes that it "abides by flight safety rules and regulations that substantially exceed the regulations required by the Federal Aviation Administration."

Longtime helicopter crash lawyer Gary C. Robb represented a woman badly burned in a deadly Papillion crash at the Grand Canyon in 2001. He said the company has made big improvements since that crash.

"They've improved their piloting qualifications as well as their maintenance over the last 10 years and as far as I know they've not had a crash since 2001," he said. He said flying in the Grand Canyon can be treacherous simply because of the number of helicopters there.

Robb said his heart went out to the victims.

"This is not just the fact that a helicopter crashed, this is a human tragedy. People died and were horribly injured. It's a tragedy for human beings," Robb said.

The NTSB is investigating the cause of the crash.