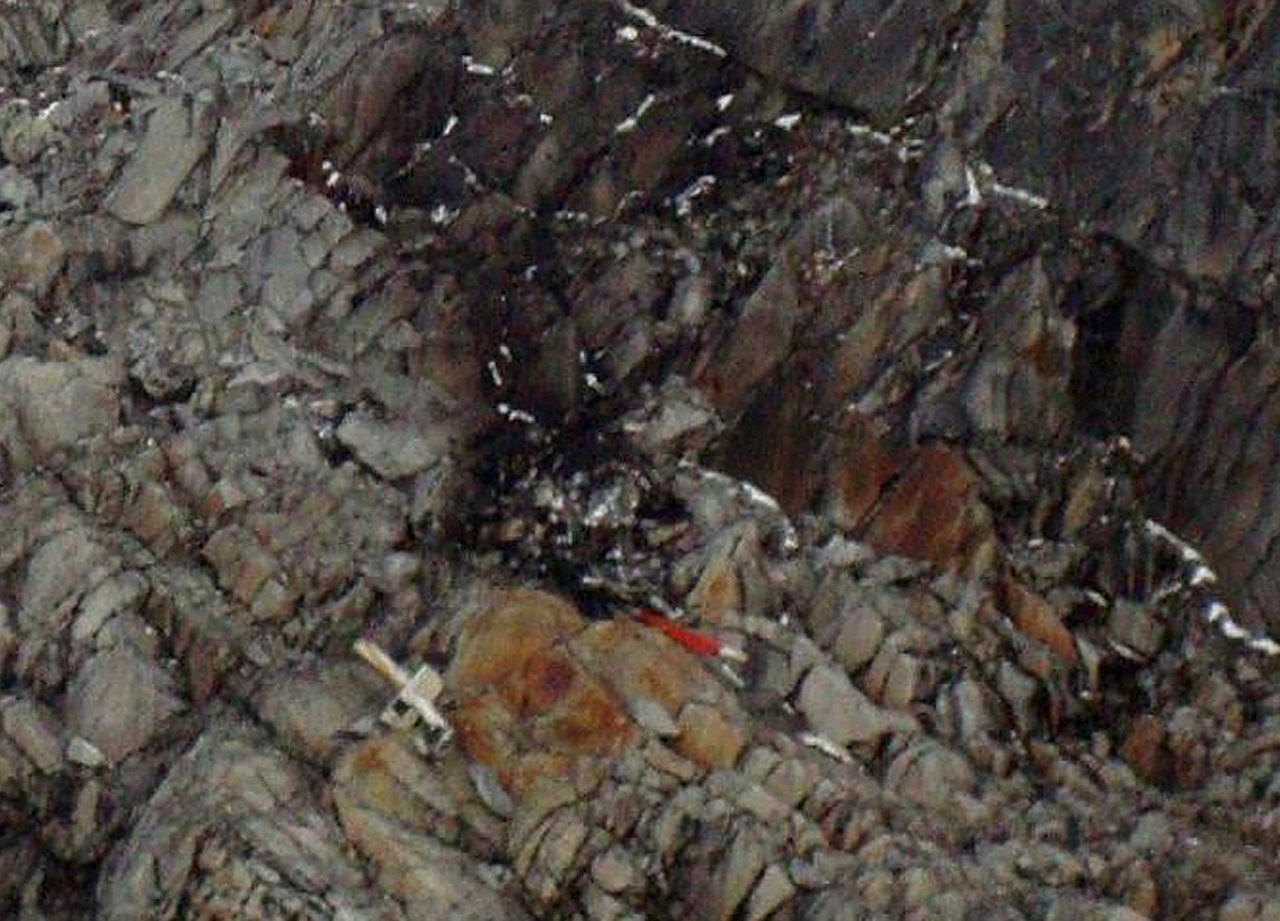 (AP) HUALLA-HUALLA, Peru - Rescue specialists on Saturday reached a helicopter that crashed in the southeastern Andes, and there were no survivors among the 14 people on aboard, including eight South Koreans and three Europeans, Peruvian police said.

A police commander who went to the crash site, Raul Aybar, told The Associated Press that the aircraft "crashed into the snowy Mama Rosa and exploded."

"Everyone died in the initial impact because everything is burned and scattered," Aybar said after returning to the nearest city, Ocongate.

Another member of the police rescue team, Brig. Roberto Larrea, also told the AP that no one survived.

Aybar said operations at the crash site had been suspended until Sunday because of bad weather and darkness. He said temperatures had dropped to 5 degrees Fahrenheit.

Peru's police chief, Gen. Raul Salazar, told the Radioprogramas radio station earlier that searchers found "some parts of the helicopter that have been scattered up to 200 yards by the force of impact."

Authorities said the crashed Sikorsky S-58ET was found at an attitude of roughly 16,000 feet.

Police said a Dutchman, a Czech, a Swede, eight Koreans and three Peruvians, including the pilot and co-pilot, were on the helicopter.

The South Korean Embassy in Lima said its nationals were exploring a potential hydroelectric project near Mazuco.

South Korea's foreign ministry said three of the Koreans worked for Samsung C&T and one was an employee for the state-run Korea Water Resources Corp. It said the four other victims worked for two engineering companies.

Korea Water said in a statement on its website that its vice president left to go to Peru on Friday. Samsung C&T said it sent a team of officials to Lima on Friday.