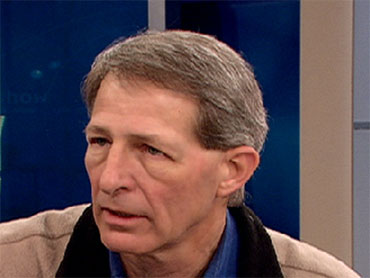 Deer Creek Middle School is just three miles from Columbine High, the site of the 1999 school shooting, the nation's most infamous.

So, when a gunman opened fire in the Deer Creek school's parking lot last week, the sight of students running in terror seemed all too familiar.

This time, though, two students were wounded. But no one was killed - thanks, in all likelihood, to the actions of seventh grade math teacher Dr. David Benke, who's widely being hailed as a hero.

Benke wrestled the gunman to the ground.

And Assistant Principal Becky Brown grabbed the gun after the suspect dropped it.

Police say it was Bruco Eastwood, 32, who opened fire with a hunting rifle as kids were heading home for the day. Eastwood is being held on $1 million bond on two counts of attempted murder.

On "The Early Show Friday, Benke said it was all "surreal" - but he was fulfilling a promise he'd made to himself and his students that, if anything remotely resembling Columbine ever happened at his school, he'd take action.

He and Brown spoke with Harry Smith, recounting what happened that day.

Benke says he heard a pop from an area outside the building where students hang out after the school day ends, then realized what was going on.

"At first it was very surreal," he recalled. "I just couldn't believe it. And then I saw him shoot. … And I was watching him thinking, 'OK, he's got a bolt action, and I promised my students that I would do something if anything like this ever happened.'

" … I have two young children and a child in middle school. I'm sitting there going, 'OK.' So, now I'm thinking he's not that good at this action. And unfortunately, he gets a third shot off. The initial reports were only two, but two that I saw. And then I go for him in between shots because I knew I could get him before he reloaded."

"I'm pretty sure he dropped the gun," Brown says, "because he saw David coming, and so David took him by the clothes and was wrestling with him."

"I think he dropped it in order to deal with me," Benke added, "and I was kind of pulling on him. I still don't remember how we got down to the ground."

"They were just wrestling around," Brown says, "and then, while they were wrestling around before they fell to the ground, I thought, 'Ooh, I need to get that gun away from him,' so I was just out there, so I grabbed it, and then David and he fell."

Benke remarked that, "I tell the students, 'Look, if a person comes in the room, you go out the other door. I hope that I have the capability to do something about it."'