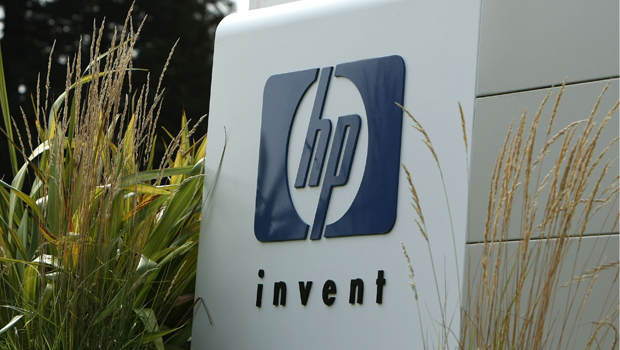 Slowly but surely, Hewlett-Packard (HPQ) Chief Executive Meg Whitman is getting Wall Street to believe that better times lie ahead for the established tech company, but they are going to need more convincing.

Net income at the Palo Alto, Calif.-based company rose 16 percent to $1.4 billion, or 74 cents per share in the most recent quarter, fueled by strong demand for its servers and surprisingly robust PC sales. Revenue fell 1 percent to $28.2 billion. Excluding one-time costs, profit was 80 cents. The results surpassed Wall Street forecasts.

Shares of HP, which rose in after-hours trading after the earnings were announced yesterday, fell today in early trading, indicating that while Wall Street may be pleased with the progress Whitman has made so far, it expects more from the veteran tech executive.

“HP is now at a very challenging phase of its transformation,” said Angelo Zino, an analyst with S&P Capital IQ, who rates the shares as a “hold” in an interview. “The easy work has been done.”

The shares have surged more than 70 percent over the past year. The company now has to figure out how to generate meaningful revenue growth this coming year, when IT spending by companies is expected to increase in the single digits, which Zino says is “not horrendous …but it’s nothing to get too excited about.”

Under Whitman, the company has gone into cost-cutting mode and plans to trim its workforce by 34,000 through the end of the year.  But if the turnaround at HP is to take hold, it will have to come from large corporate customers, who continue to be reluctant to open up their checkbooks.The impact of competition from rivals such as IBM (IBM), Dell and Lenovo also is evident in HP’s results.

Strong demand for severs boosted revenue in the company’s "Enterprise Group" by 1 percent on a year-over-year basis, as storage revenue was flat and revenue in a business systems unit plunged 25 percent. "Enterprise Services", which provides outsourcing and consulting, posted a 7 percent drop in revenue while the software division, which Whitman is particularly keen on growing, saw sales fall 4 percent.

HP’s results weren’t entirely bleak. Revenue in its personal systems business rose 4 percent as gains from business customers offset weakness from consumers. Total units were up 6 percent as desktop units fell while notebooks rose. Demand for HP’s printers was also robust with volume gains in both business and consumers. Revenue in the business fell 2 percent.

Speaking to CNBC, Whitman, a former head of eBay (EBAY), struck a note of cautious optimism.

"The market is definitely getting better," she said. "Business is understanding and employees are understanding that they may want a tablet, but they also need more traditional computer devices to get their work done that is going to be required in this world of big data and analytics."

When Whitman joined HP in 2011, the 75-year-old company had been floundering for years and had made numerous blunders, the most significant of which was the $11 billion acquisition of the U.K. software company Autonomy. A year after buying the company,  HP took an $8.8 billion write-down because of what it described as “serious accounting improprieties.” Autonomy founder Mike Lynch, whom HP had ousted, has vehemently denied the claims, which are under investigation in the U.S. and U.K.