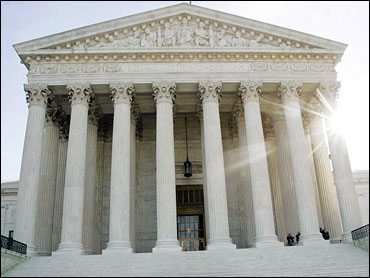 The Supreme Court appeared reluctant Wednesday to strike down the nation's strictest requirement that voters show photo identification before being allowed to cast a ballot.

The justices heard arguments over an Indiana law, passed in 2005, that's backed by Republicans as a prudent way to deter voter fraud. Democrats and civil rights groups challenging the law as unconstitutional call it a thinly veiled effort to discourage elderly, poor and minority voters - those most likely to lack proper ID and who tend to vote for Democrats.

"You want us to invalidate the statute because of minimal inconvenience?" Justice Anthony Kennedy said near the end of an hour-long argument. Kennedy, often a key vote, appeared more willing than some to consider changes to the law.

More than 20 states require some form of identification at the polls. Courts have upheld voter ID laws in Arizona, Georgia and Michigan, but struck down Missouri's. Wednesday's case should be decided by late June, in time for the November elections.

Paul Smith, representing the challengers, told the justices that there is no evidence of in-person voter fraud in Indiana. He said the law is a subtle way "to skew the outcome on election days."

Indiana Solicitor General Thomas Fisher said the vast majority of Indiana voters easily comply with the law. "You're talking about an infinitesimal portion of the electorate that could be burdened," Fisher said under sharp questioning from Justice David Souter.

Chief Justice John Roberts, who grew up in Indiana, and Justice Antonin Scalia indicated strong support for the state law. Justice Clarence Thomas said nothing, but most often votes with his conservative colleagues.

When Smith said poor voters lacking ID have to visit the county courthouse within 10 days of an election and sign a sworn statement there to have their ballot counted, Roberts asked, "How far away is the furthest county seat? It's not very far away in Indiana."

The case seemed to break along familiar ideological lines, with the court's four liberal justices more critical of the state.

Justice Ruth Bader Ginsburg focused her questions on the difficulties for indigent voters who lack IDs. Why, she asked, can't the state allow those voters to sign the sworn statement on Election Day, which would eliminate the second trip to the county courthouse?

Told Indiana wants to avoid congestion at the polls, Ginsburg said the state wants to have it both ways because it argues relatively few people are affected by the law. "If there are so few of them, I don't understand why they should be put to the burden," Ginsburg said.

Souter and Justice John Paul Stevens both pressed Fisher on the state's problems with voter registration rolls, which Fisher acknowledged are among the nation's worst in terms of retaining the names of the dead and those who have moved. Indianans are not required to show photo ID to register.

The state's "policy is to have it tougher to vote than to register?" Stevens said. "That doesn't make sense to me."

The justices could use the case to instruct courts on how to weigh claims of voter fraud versus those of disenfranchisement.

Justice Stephen Breyer wondered why the state doesn't just give photo IDs to newly registered voters who otherwise lack them. "That would satisfy your anti-fraud interest much better than the way you have chosen," Breyer told Fisher.

The Supreme Court was bitterly divided, 5-4, in 2000 in Bush v. Gore, the case that clinched the presidential election for George W. Bush.