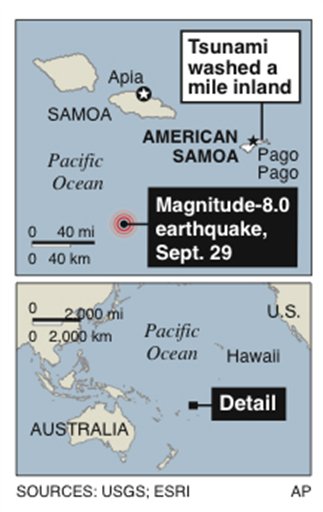 In a victory for abortion foes, the Supreme Court ruled Wednesday that federal racketeering and extortion laws were wrongly used to try to stop blockades, harassment and violent protests outside clinics.

The 8-1 ruling lifts a nationwide ban on protests that interfere with abortion clinic business. Abortion rights supporters said they fear the ruling will lead to a reprise of screaming matches and physical confrontations outside clinics.

Anti-abortion leader Joseph Scheidler predicted renewed activism at clinics but said the protests will be peaceful.

"They will be mostly prayer vigils and counseling," said Scheidler, who appealed the case to the Supreme Court. "The old days of Operation Rescue, I think, are pretty well finished. I don't see any reason to resurrect that — the arrests and so forth."

"This opinion is a green light to the people who have been orchestrating this violence behind the scenes to proceed full speed ahead," said Kim Gandy, president of the National Organization for Women. "What it means is that again women will be putting their bodies on the line to protect the clinics and patients."

Other women's organizations said the 1994 Freedom of Access to Clinic Entrances Act largely protects women from the worst kinds of harassment outside clinics. The law requiring protesters to keep their distance was passed eight years after NOW sued Scheidler and other abortion opponents in federal court.

CBSNews.com Legal Analyst Andrew Cohen says the ruling "takes away from abortion clinics and really any entity that wants to halt protests outside of its place of business an enormously powerful legal weapon against protestors." But, he says, it "still doesn't mean that any protest anywhere now has legal immunity; there are plenty of other laws, state and federal, that clinics and others can use to halt certain types of protests, especially the more aggressive ones."

The ruling ends a fight that produced an unlikely alliance of abortion foes and liberal activists worried that racketeering and extortion laws could be used to trample free speech across the political spectrum.

The Supreme Court limited its review to legal questions about application of federal law. It did not consider the legality or constitutionality of abortion itself, nor wider questions about the political or religious messages of the abortion protesters.

NOW and two abortion clinics had tried for 17 years to shut down protests by using a federal law originally intended to target mobsters. Abortion providers claimed the coordinated effort to close down or disrupt clinics in several cities in the 1980s went far beyond the actions of individual protesters, and should be treated much like organized crime.

Huge abortion protests in Buffalo and other places went on for weeks, drew large crowds and produced scores of arrests. Televised images showed shouting protesters rushing women who tried to enter clinics, while counter-protesters tried to open corridors for patients.

The Supreme Court had previously ruled that the Racketeer Influenced and Corrupt Organizations Act could be applied to abortion protesters, and the question this time was whether the law was used correctly.

Chief Justice William H. Rehnquist, writing for the court majority, said it was not.

The law requires a conclusion that someone has committed an underlying crime, in this case extortion. The court reversed a lower court ruling on that point, finding that protesters did not extort money or valuables from the clinics when they tried to disrupt business.

There is no dispute that abortion protesters interfered with clinic operations and in some cases committed crimes, Rehnquist wrote.

"But even when their acts of interference and disruption achieved their ultimate goal of 'shutting down' a clinic that performed abortions, such acts did not constitute extortion," he said.

The lower 7th U.S. Circuit Court of Appeals' reading of the case jeopardizes the nation's founding tradition of civil disobedience, activists of all political stripes wrote in friend-of-the-court papers. Protests against slavery, in support of women's voting rights and against racial discrimination might have been targeted, lawyers for liberal activist and actor Martin Sheen, the Fund for Animals and Catholic Peace Fellowship wrote.

"The court should secure one of the noblest features of American democracy, the right of the people to engage in nonviolent protest," their lawyers wrote.

A jury ruled against the abortion protesters in 1998, and a federal judge barred the defendants from trespassing, setting up blockades or behaving violently at abortion clinics for 10 years. That order is now lifted, along with a requirement that protesters pay $257,780 in damages.