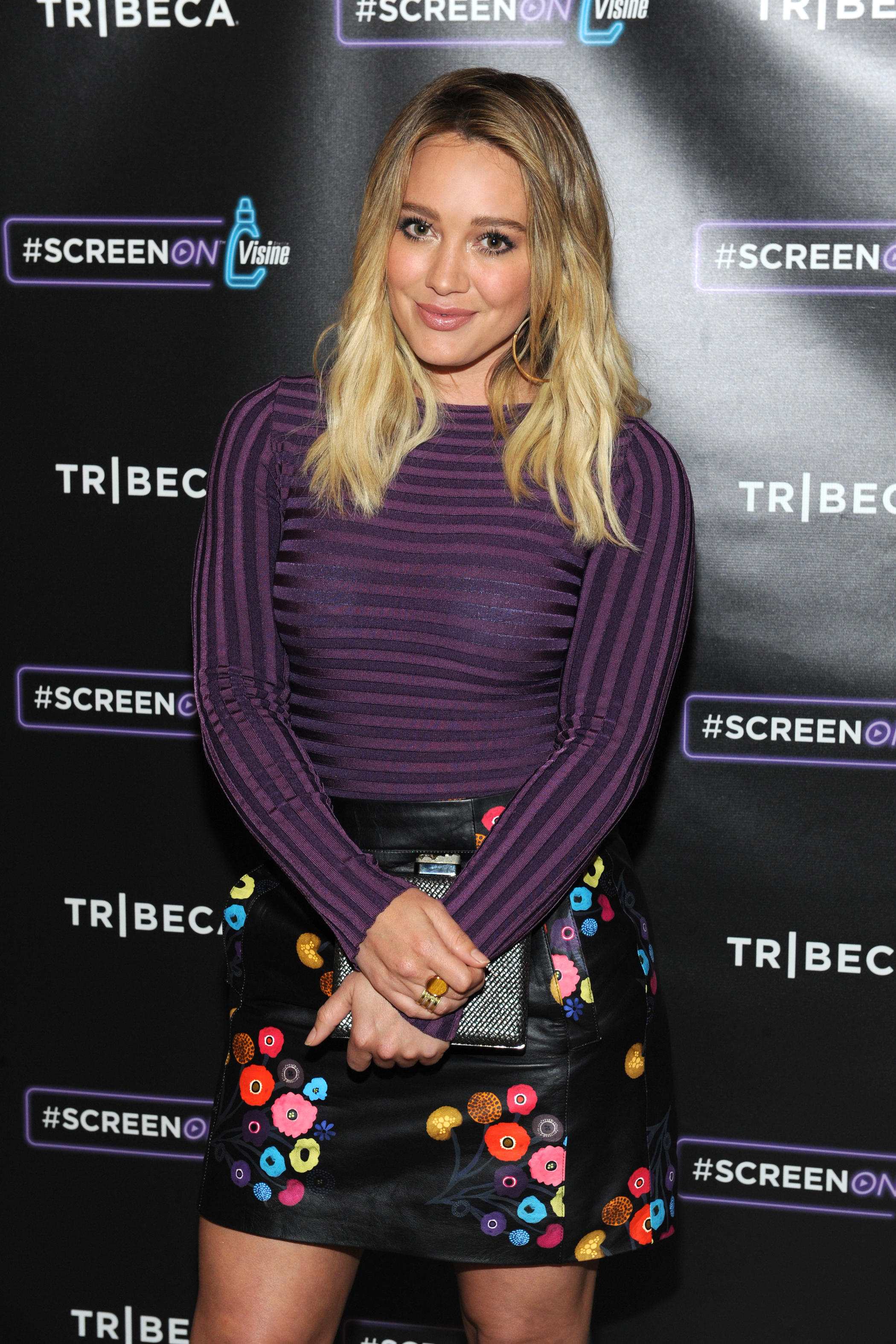 Hilary Duff found success at a very young age as the star of “Lizzie McGuire,” so it’s fitting that she plays publishing wunderkind Kelsey Peters -- who runs her own imprint at 26 -- on TV Land’s “Younger.”

The actress talked to CBS News about why she loves working with showrunner Darren Star of “Sex and the City” fame, who she wants “Younger” protagonist Liza to end up with and how she stayed grounded after child stardom.

Warning to “Younger” fans: Duff is pretty generous when it comes to spoilers.

Tell me about your partnership with Visine.

I’ve partnered with their #ScreenOn program. It was so exciting for me because it’s all about binge-watching TV shows, but doing it comfortably and taking care of your eyes. It’s part of my regimen. I travel so much; I always have it in my bag.

I’m a busy mom and the only time I get to watch TV is at night, when I can just binge and power through it. So it’s all about doing that comfortably.

What do you binge-watch, besides “Younger”?

“Younger” is so bingeable. I say just do it, dive in because it goes so fast, but the other shows I’m obsessed with are “Stranger Things” -- I powered through it in a week. And “The Night Of” I loved. It was a little scary. I loved “Peaky Blinders,” too. And then I watch a lot of stuff like “Chef’s Table.”

Are you Team Josh or Team Charles?

It’s so funny. We just sat on a panel all together, the cast, and they asked us that and no one would say. I was like, dammit, I’ll say it!

I’m Team Josh. I feel like in season 3, he really gets a chance to show that he wants to settle down with Liza and he’s a really good guy. Like, she goes drinking with her girlfriends in New Jersey and she discovers he’s been waiting there the whole time so she doesn’t drive home drunk. He’s just really sweet and thoughtful. He offers to pay for Caitlin’s college at some point because she’s struggling for money. I feel like he brings a side out from her that was buried for a long time in her marriage. So I think he’s a good fit.

How about Chad, Thad’s twin brother?

Chad is so creepy. This is another spoiler, but it’s not a big deal. Kelsey finds out that she’s actually slept with Chad by accident.

It’s huge, but seriously each one of our episodes ends with a cliffhanger this year, so that was just a little one. But it’s so gross and devastating to Kelsey that he does not stick around that long.

Your character was not so devastated by Thad’s death, but Kelsey was so upset when Liza disappeared just for a day. Do you have really strong female friendships like that?

Oh God. I have my core five girlfriends that I’ve been friends with for 10-plus years, and I would be totally devastated -- I don’t want to think about anything happening to them. I think the biggest story there was Kelsey learned what was really important there and it was her relationship with Liza, not her relationship with Thad or what he did to her or even how she feels about him dying. I think she learned that the relationship wasn’t that strong, but it is with Liza.

It seems like “Younger” focuses a lot on female friendships. Do you think it’s not so much about the men in these characters’ lives?

I think Darren Star writes so well for women, just like with “Sex and the City.” Their friendships were really important, but that show was based a lot more on sex where this is really on the relationships between the women. There are boys that come and go, but [Starr’s] just found a really nice way to reach a bunch of different ages of women and show how important friendship is. I don’t think there’s a lot like that on TV right now.

You were saying before that you’re a busy mom. Was it hard for you to get back in the groove in terms of working when you started working on “Younger”?

It was. It made me really nervous at first. I was going through a lot at the time in my personal life and obviously having a 2-year-old baby. Darren called me on the phone and said, “I want you for the show. I think it’s going to be perfect for you. Please just read the script.” I was never expecting that call and got very excited.

How did that happen?

I don’t know! He just contacted me through my agent and I read the script and flipped out over it and said, “But it takes place in New York,” and he said, “Yeah,” and I was like, “I can’t move to New York right now. I have a 2-year-old who’s about to start school.” It was a really crazy thing to do, but then also it felt really good to throw myself back into it and I remember just feeling very empowered. It’s for four months, not the whole year, anyway.

How has New York grown on you?

I love the city. I definitely think I’m more a California person in terms of convenience and my whole family’s there and my life is kind of there, but I definitely feel maybe, frisky, in the city. Especially in the springtime when everyone’s out walking around and everything’s available for you. It’s an exciting place to be. It’s hard to complain about -- minus being far from my family.

Out of the child stars of your generation, you’re the one who’s been stable and successful the whole time. What’s your secret?

I don’t think there’s necessarily a secret. I think everybody has a vision for their future and what’s acceptable and not acceptable to them. I think a lot has to do with who you surround yourself with, but I can’t say. I think I’m grateful for my friends and family for treating me very normal when my life wasn’t always so normal. I have to give myself credit; it was some choices I made that kept me kind of straight.

The third season of “Younger” premieres Wednesday, September 28 at 10 p.m. on TV Land.