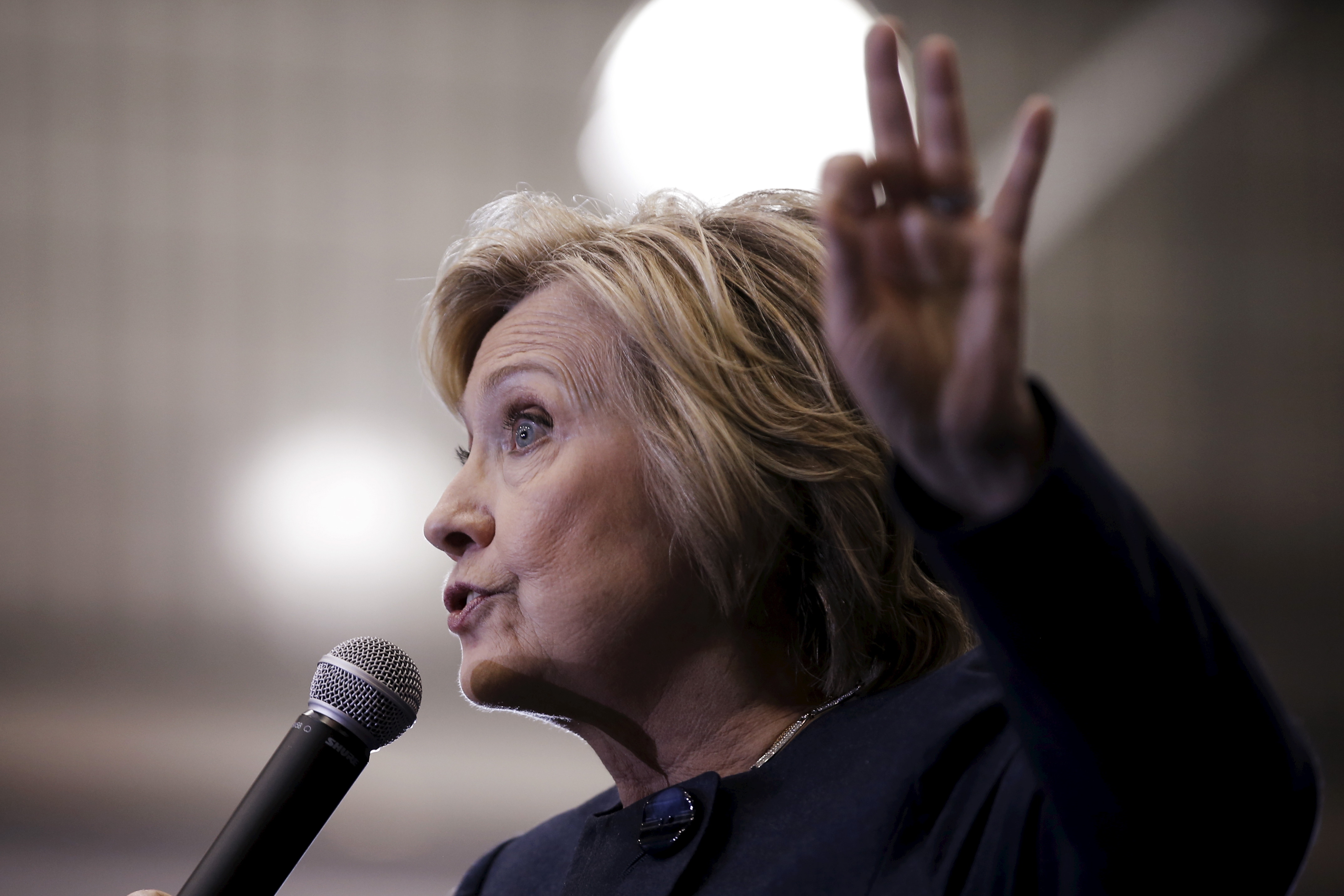 PHILADELPHIA -- Fresh off a loss in the Wisconsin primary, Hillary Clinton told union members that, in some "important areas," Bernie Sanders "doesn't have a plan at all."

"Like a lot of people, I am concerned that some of his ideas just won't work because they numbers don't add up," she said, speaking at the Pennsylvania AFL-CIO Constitutional Convention, where Sanders is scheduled to speak on Thursday. "Others won't even pass Congress or they rely on Republican governors suddenly having a conversion experience."

Clinton compared Sanders' proposals -- though she did not identify specifically which ones -- to "negotiating a contract" without a strategy.

In the past, Clinton has chided Sanders on the trail for wooing voters with promises of "free college" and a plan to create a single-payer, universal healthcare program, which Clinton has said would undo the gains brought about by Obamacare. Earlier Wednesday, in an interview with MSNBC, Clinton said Sanders' much-criticized answers in an interview with the New York Daily News editorial board showed "he hadn't done his homework."

"You know better than anybody that hard work is the only way to get the job done," she told the audience. "When you build something, you build it right, and you deserve a president who will work as hard as you do."

Clinton promised, if elected, to "use the bully pulpit" and the Department of Labor to defend workers' rights to bargain collectively. She reiterated her promise to "stop dead in it's tracks any trade deal that hurts America." And in particular, Clinton emphasized her willingness to stop China's "abuses" when it comes to trade.

"China illegally dumps cheap products in our markets, steals our trade secrets, plays games with their currency, gives unfair advantages to state-owned enterprises and discriminates against American companies," she said. "The next president has to understand the games Beijing plays and be prepared to stop them."

Clinton, who has promised to impose an exit tax on companies who move their headquarters overseas in an effort to lower their tax burden, also condemned the use of "outrageous tax havens and loopholes...in Panama and elsewhere." It was the first time Clinton has referenced the so-called "Panama Papers," a collection of documents made public on Sunday which revealed how some high profile, wealthy people, including the Prime Minister of Iceland, set up offshore bank accounts.

"Now some of this behavior is clearly against the law, and everyone who violates the law anywhere should be held accountable," Clinton said. "But it's also scandalous how much is actually legal."

She continued: "We're going after all these scams and make sure that everyone pays their fair share here in America."