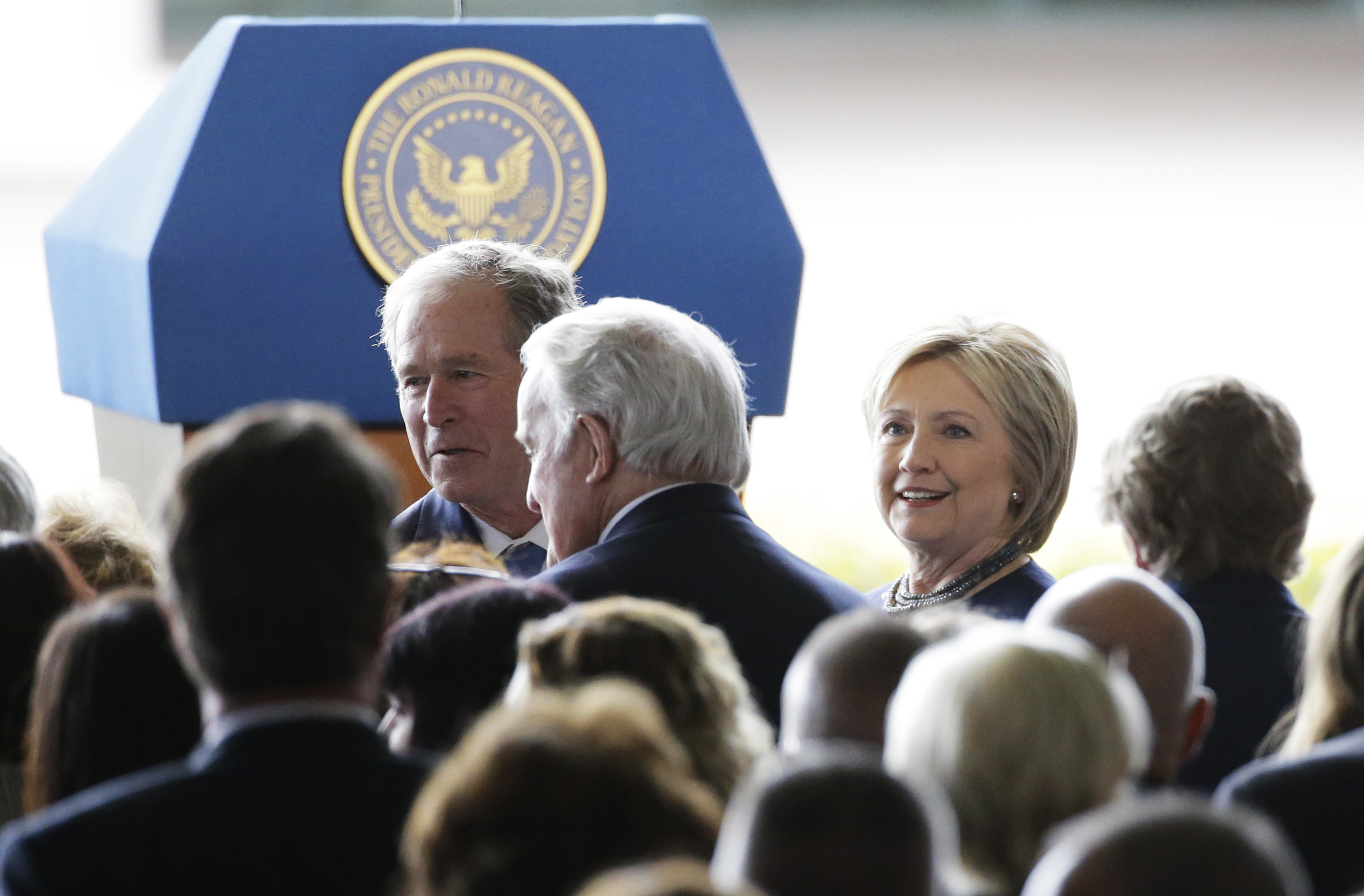 ST. LOUIS, IL -- In an interview just before Nancy Reagan's funeral on Friday, Hillary Clinton praised the former First Lady for helping to start a "national conversation" about the HIV/AIDS epidemic.

"It may be hard for your viewers to remember how difficult it was for people to talk about HIV/AIDS back in the 1980s," she told Andrea Mitchell on MSNBC. "And because of both President and Mrs. Reagan, in particular Mrs. Reagan, we started a national conversation, when before nobody would talk about it."

Clinton said that Mrs. Reagan's "low-key advocacy" on the issue "penetrated the public conscience" and spurred action. During the interview, Clinton also spoke about Mrs. Reagan's push for Alzheimer's research.

Clinton's comment lit up social media, as reporters, activists and others pointed out online that President Reagan's administration was largely silent on HIV/AIDS until late in his presidency and accused Clinton of rewriting the Reagans' record.

In 1982, a reporter asked the White House Press Secretary about the announcement by the Centers for Disease Control that AIDS had become an epidemic. "What's AIDS," replied Larry Speakes, as shown in a transcript re-published Friday by Mother Jones. "I don't have it. Do you?"

Chad Griffin, the president of the Human Rights Campaign, criticized Reagan after Clinton's comments. "While I respect her advocacy on issues like stem cell & Parkinson's research, Nancy Reagan was, sadly, no hero in the fight against HIV/AIDS," Griffin tweeted.

The Human Rights Campaign, the largest civil rights organization in the country, endorsed Clinton in January and Griffin campaigned alongside her just before the Iowa caucus. In the endorsement, Griffin said that Clinton "is the champion we can count on in November and every day she occupies the Oval Office."

In a statement posted on Twitter, Clinton said she "misspoke" in the interview and apologized. "While the Reagans were strong advocates for stem cell research and finding a cure for Alzheimer's disease, I misspoke about their record on HIV and AIDS," she wrote. "For that, I'm sorry."