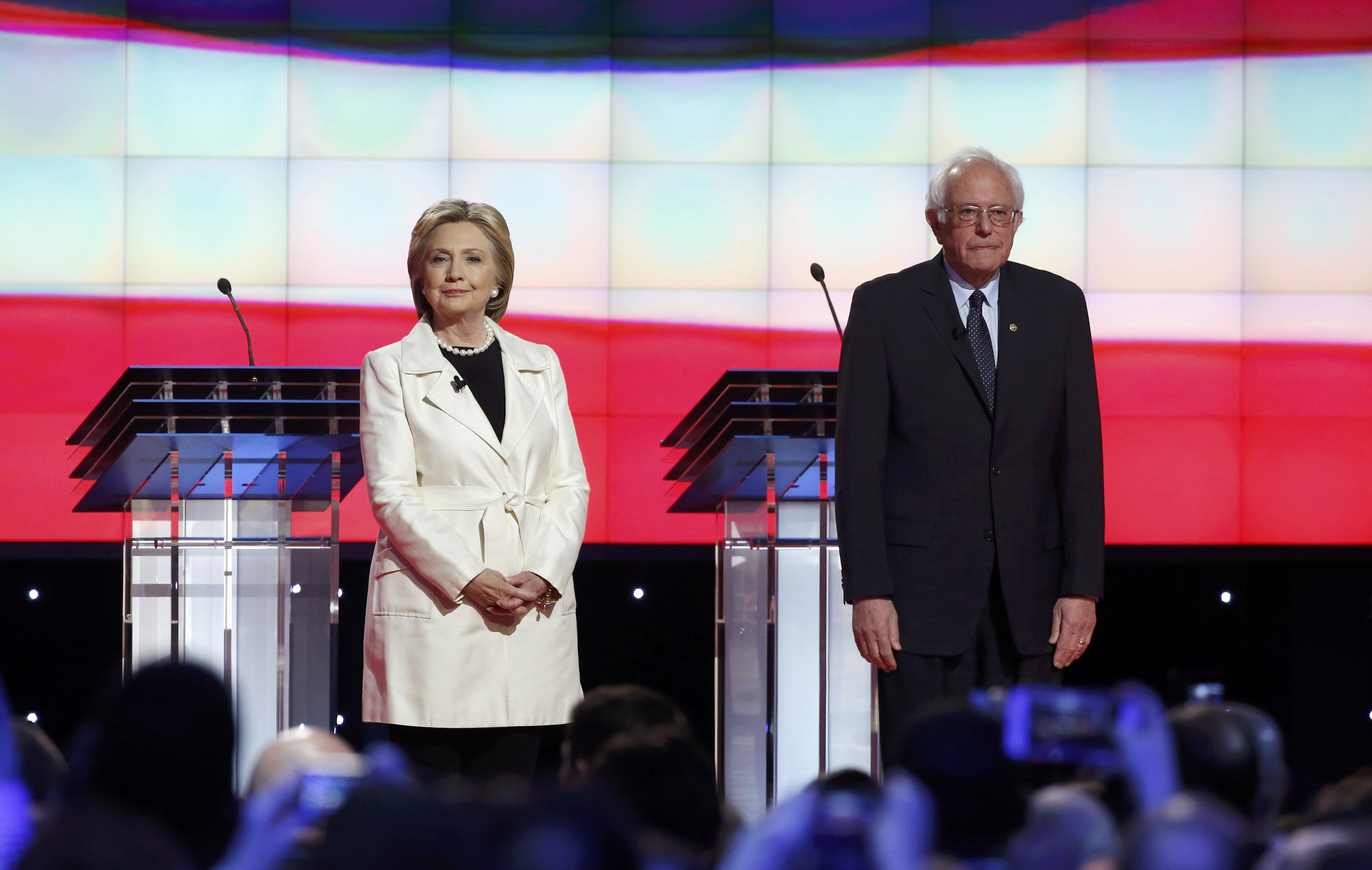 From Wall Street transcripts to tax returns, disclosure -- or lack thereof -- was a big topic on the debate stage at Thursday night's Democratic debate in Brooklyn.

Asked why, if she had nothing to hide, she did not want to release the transcripts of her Wall Street speeches, former Secretary of State Hillary Clinton said she stood up to Wall Street when she was representing New York in the U.S. Senate.

"First of all, there isn't an issue," she said. "When I was in public service, serving as the senator from New York, I did stand up to the banks. I did make it clear that their behavior would not be excused."

She then pivoted to an attack on her primary opponent, Vermont Sen. Bernie Sanders, for voting to deregulate certain practices in the financial industry.

"I'm the only one on this stage who did not vote to deregulate swaps and derivatives -- as Senator Sanders did --that led to a lot of the problems that we had with Lehman Brothers," she said. "Now, if you're going to look at the problems that actually caused the Great Recession, you've got to look at the whole picture. It was a giant insurance company, AIG; it was an investment bank, Lehman Brothers. It was mortgage companies like Countrywide."

The attack on Sanders over the deregulation of swaps and derivatives is one Clinton has used before, in an earlier debate, and CBS News looked into her charge at that time.

"There are certain expectations when you run for president. This is a new one, and I've said that if everybody agrees to do it -- because there are speeches for money on the other side, I know that," she said. "But I will tell you this, there is a long-standing expectation that everybody running release their tax returns, and you can go to my website and see eight years of tax returns and I've released 30 years of tax returns and I think every candidate, including Sen. Sanders and Donald Trump, should do the same.

Sanders then rebutted her, saying he would be more than happy to release his (nonexistent) transcripts from Wall Street speeches.

"You heard her, everybody else does it, she'll do it, I will do it," he said, to applause. "I am going to release all of the transcripts of the speeches that I gave on Wall Street behind closed doors -- not for $225,000, not for $2,000, not for two cents. There were no speeches."

As for his tax returns, Sanders has so far only released the summary of his 2014 tax returns, and Clinton has, as she claims, released eight years of tax returns this cycle, with more years released when she was running for senate.

Sanders said he will release his 2015 taxes this week. Asked about the reason for the delay on his other years of tax returns -- especially if they are as simple has he insists they are -- Sanders said his wife, Jane Sanders, usually does the couple's taxes and she has been "busy" with the campaign. It's an answer he has given before.

"The answer is, you know, what we have always done in my family is Jane does them, and she's been out on the campaign trail," he said. "We will get them out. We'll get them out very shortly."