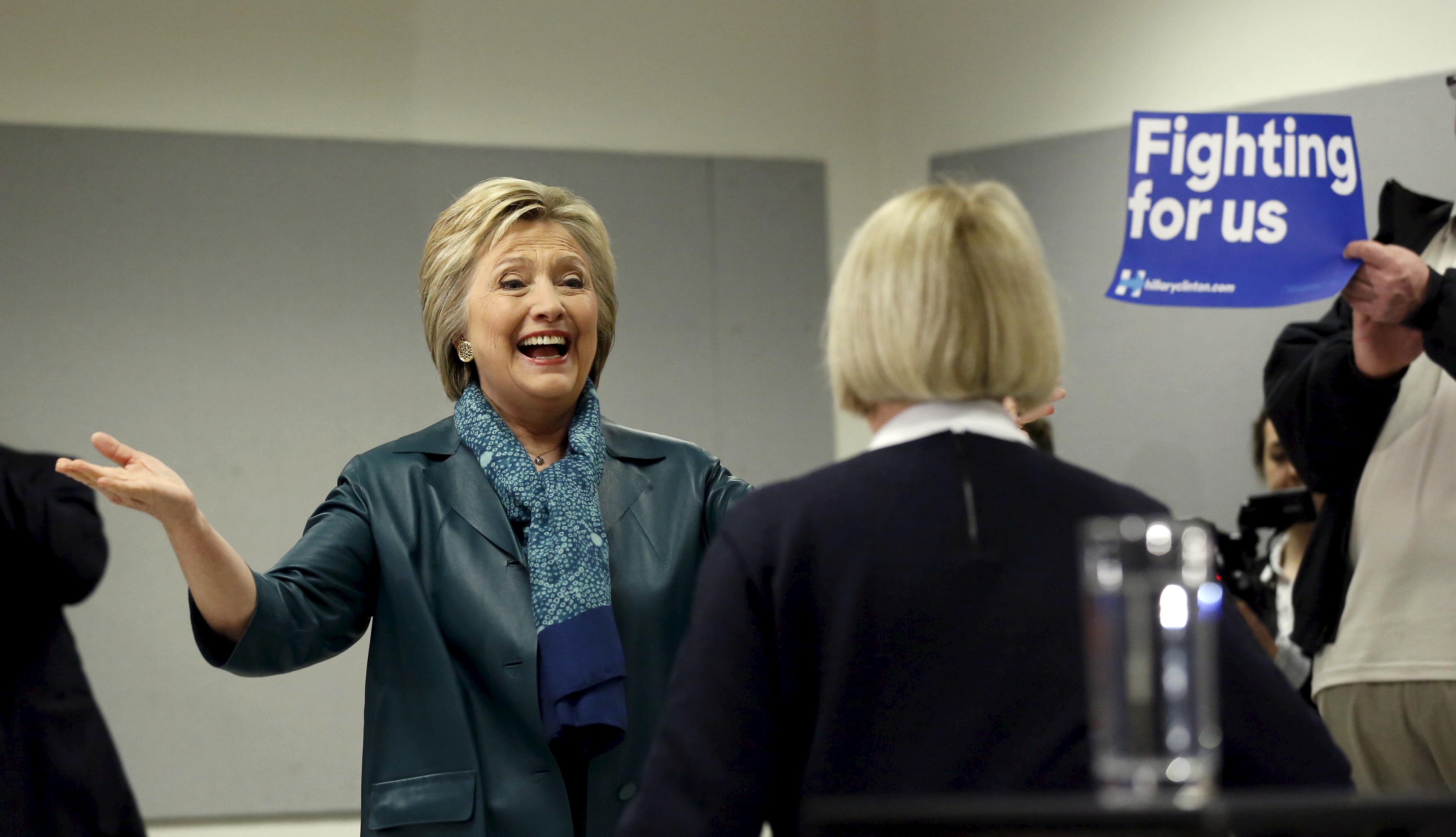 EVERETT, Wash. -- In the aftermath of the terror attacks in Brussels on Tuesday, Hillary Clinton called for a "steady, smart, strong approach" to national security.

"I know a lot of people are angry, they're frustrated," she said, speaking to a room of union workers and their family members in Everett. "And a lot of people, especially after what happened in Brussels, are afraid. But I think leadership isn't about fanning those fears and that anger."

She continued: "Leadership is saying, look, we can do this together."

Implied in Clinton's call for unity, and increased cooperation with the United States' allies in Europe and the Middle East, is a rejection of the policies that Donald Trump has laid out over the course of his campaign.

In television interviews earlier Tuesday, Clinton was repeatedly asked about Trump's various proposals, including reducing U.S. involvement in NATO and banning Muslims from entering the country.

In Everett, Clinton turned her attention to another one of Trump's plans: to build a tall wall between the U.S. and Mexico.

"Some of my opponents want to build walls and shut the world off," Clinton said. "How high does the wall have to be to keep the Internet out? That's not the world we live in any longer."

Clinton has emphasized the need to counter the Islamic State's efforts to recruit and motivate fighters online and through social media, in addition to taking back territory on the ground and through coordinated airstrikes. In light of the attacks, Clinton called for an intensification of intelligence sharing and stepped up surveillance.

Clinton's campaign also announced Tuesday afternoon that she will deliver a speech about counterterrorism on Wednesday at Stanford University.