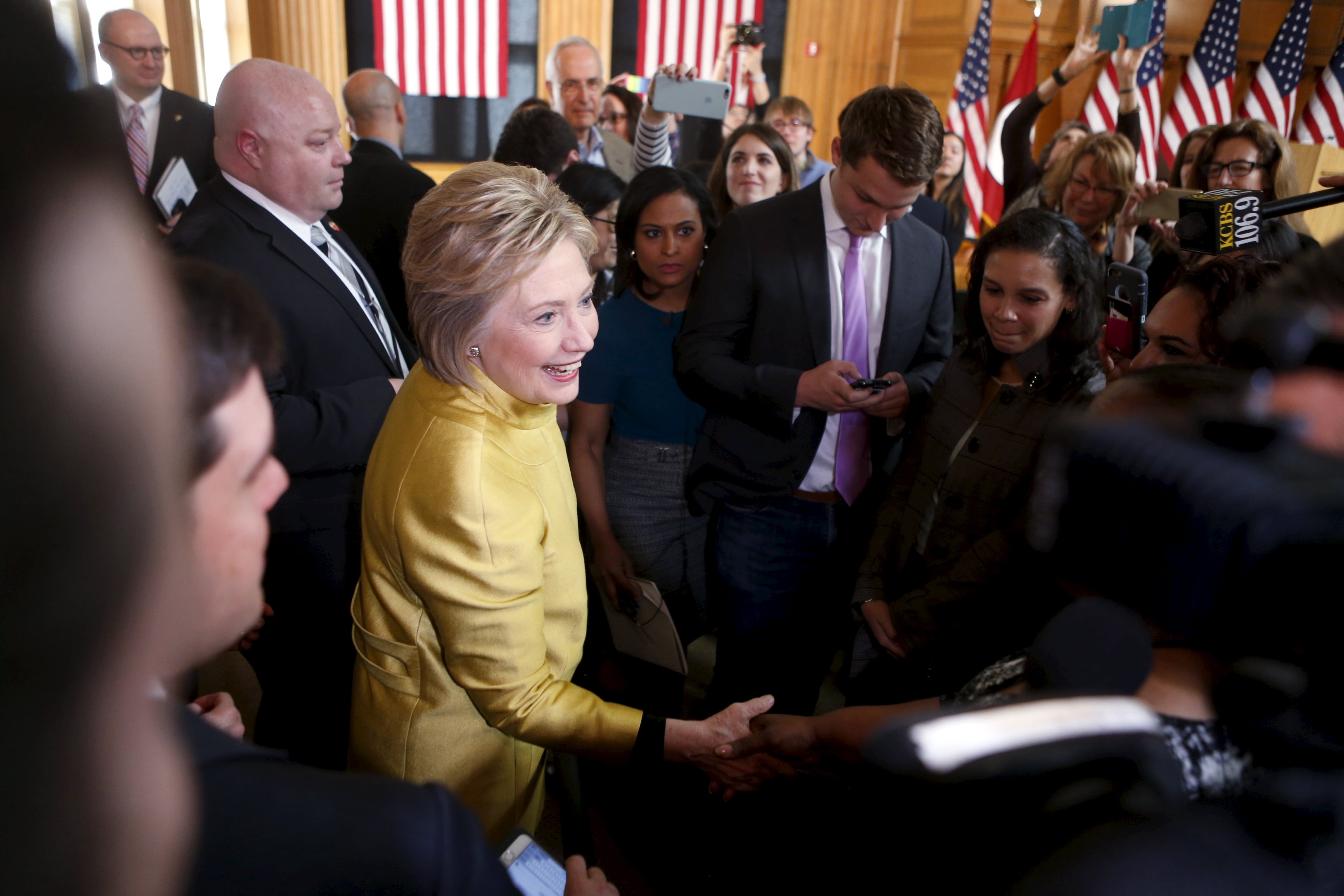 Hillary Clinton cautioned Thursday against "hot rhetoric" when it comes to the Muslim community, telling a roundtable in Los Angeles that it is "not in keeping with our values" and "plays into the hands of terrorists."

"I think it's important that we hear these voices, not just the hot rhetoric and the demagoguery that I think is either not useful or reflective of who we are as a people," Clinton, the former secretary of state, told the group at the University of Southern California. "It is not only often offensive, but dangerous."

She suggested that the danger in divisive rhetoric, particularly when it comes to Muslims and issues of terrorism, is that it helps accomplish the terrorists' aims by giving in to fear and giving them fodder to use to radicalize others.

"We cannot allow our nation to be pitting groups of people against one another, we cannot give in to panic and fear," she said. "It's not in keeping with our values, it's not effective in protecting us and it plays into the hands of terrorists who want nothing more than to intimidate and terrorize people, turn against each other--which leads to radicalizing more people and creating even greater problems for us."

Though she didn't mention them by name, her remarks were a clear rebuke to Republican candidates Donald Trump and Ted Cruz, both of whom have called for increased surveillance in Muslim neighborhoods in the U.S. She spoke extensively on the issue--and criticized both men explicitly--during a counterterrorism speech in Palo Alto, Calif., on Wednesday.

Clinton told the story of a taxi driver in Brussels, of Moroccan descent, who realized he may have transported the three airport suicide bombers Tuesday morning and directed police to the location where he'd picked up the men.

"I mention that because I think it's important for all of us to recognize and then to affirm the common defense that we are committed to in our country," she said.

While she's in Los Angeles, Clinton will also attend a campaign fundraiser and appear on "Jimmy Kimmel Live."