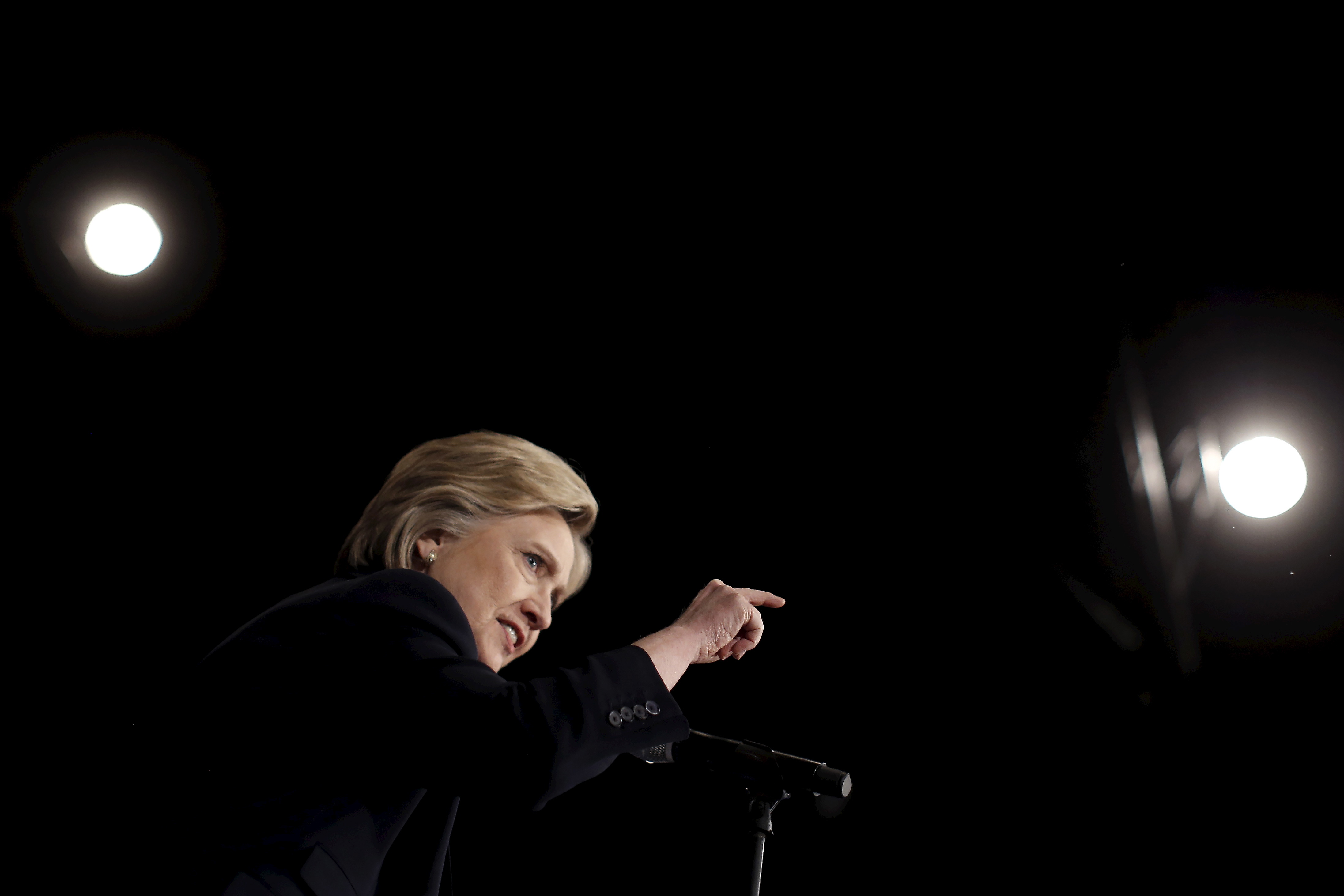 In a rare heated moment on the campaign trail, Democratic candidate Hillary Clinton told a climate change activist on the rope line after an event that she is "so sick of the Sanders campaign lying" about donations from fossil fuel companies and lobbyists.

In video footage posted online by Greenpeace, shown below, the group's activist spoke to Clinton as she was greeting supporters along the rope line in Purchase, N.Y.

"Thank you for tackling climate change," the woman said. "Will you act on your word to reject fossil fuel money in the future in your campaign?"

When the woman followed up, asking, "and registered lobbyists?" Clinton appeared to get frustrated.

Vermont Sen. Bernie Sanders, in debates and on the campaign trail, has repeatedly criticized Clinton for accepting donations from Wall Street executives, the fossil fuel industry and the pharmaceutical industry, and Greenpeace. After the incident, Sanders campaign spokesman Michael Briggs issued a statement saying Clinton has relied on funds from lobbyists working for the oil, gas and coal industry and cited a Greenpeace analysis saying that she had received $4.5 million from the fossil fuel industry.

The woman who questioned Clinton on the ropeline -- a Greenpeace activist named Eva Resnick-Day -- said she was "shocked and surprised" at Clinton's reaction and complained that Clinton wouldn't take the group's pledge to reject money from fossil fuel interests.

"We have asked Secretary Clinton multiple times to take our pledge to reject money from fossil fuel interests, yet she continues to downplay the significance of these contributions," Resnick-Day said in a statement sent by Greenpeace.

But Clinton spokesman Nick Merrill denied that Clinton has taken money from the fossil fuel industry.

"The simple truth is that this campaign has not taken a dollar from oil and gas industry PACs or corporations. The simple fact is that the Sanders campaign is misleading voters with their attacks," he charged, in a statement to CBS News. "The money in question is from individuals who work for these companies. By the same metric, Bernie Sanders has taken more than $50,000 on this campaign from individuals working for oil and gas companies. Assuming they don't believe their own candidate is bought by the fossil fuel industry, they should stop the false attacks and do what they've claimed the campaign is about: debating the issues."