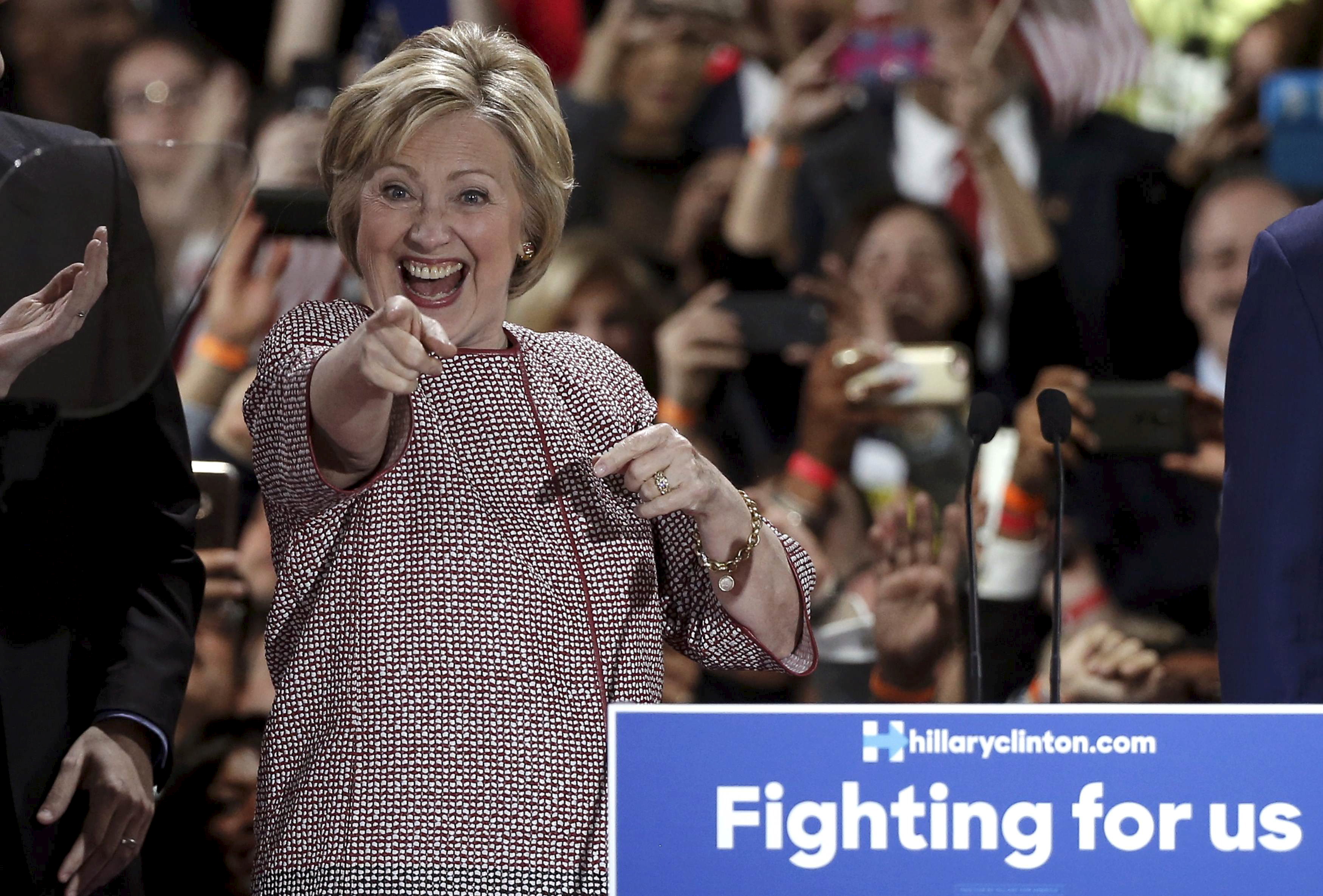 Hillary Clinton celebrated her primary victory in her home state of New York and seemed ready to shift into general election mode on Tuesday night.

Soon after CBS News projected Clinton won, she expressed confidence that she would win the Democratic nomination and recalled that this month last year she launched her campaign on Roosevelt Island.

"Tonight, a little less than a year later, the race for the Democratic nomination is in the home stretch and victory is in sight," Clinton told a crowd of supporters in Manhattan.

Delegates are awarded proportionally in New York, where 247 are up for grabs.

Clinton said she was deeply grateful for the support Democrats showed her once again in New York. Voters elected previously elected her twice to the U.S. Senate in 2000 and 2006.

"New Yorkers, you've always had my back, and I've always tried to have yours," she said. "Because of you, this campaign is the only one -- Democratic or Republican -- to win more than 10 million votes."

The former secretary of state also addressed voters who support her rival Bernie Sanders, who returned to Vermont Tuesday night after his loss. Sanders has maintained he plans to go all the way to the Democratic National Convention in Philadelphia this July.

"To all the people who supported Senator Sanders, I believe there is much more that unites us than divides us," she said.

Clinton then appeared to take swipes at not only Sanders but also other presidential candidates.

"Under the bright lights of New York, we have seen that it's not enough to diagnose problems. You have to actually explain how you're going to solve the problems," she said.

She talked about how she would work to create jobs, raise wages, reduce inequality and improve access to quality education.

"Let's take on the challenge of systemic racism, invest in communities of color and finally pass comprehensive immigration reform," Clinton said. "America is great, and we can do great things if we do them together."

Toward the end of her victory speech, she pointed out a woman in the audience whose mother was the principal at Sandy Hook elementary school and died in the 2012 shooting. Clinton began to choke up a little and said that the woman, Erica Lafferty Smegielski, has "made it her mission to advocate for common-sense gun safety reform," which is an issue Clinton argues she's on the right side of compared to Sanders.

With 85 percent of the vote in, Clinton is leading Sanders 57 percent to 43 percent.