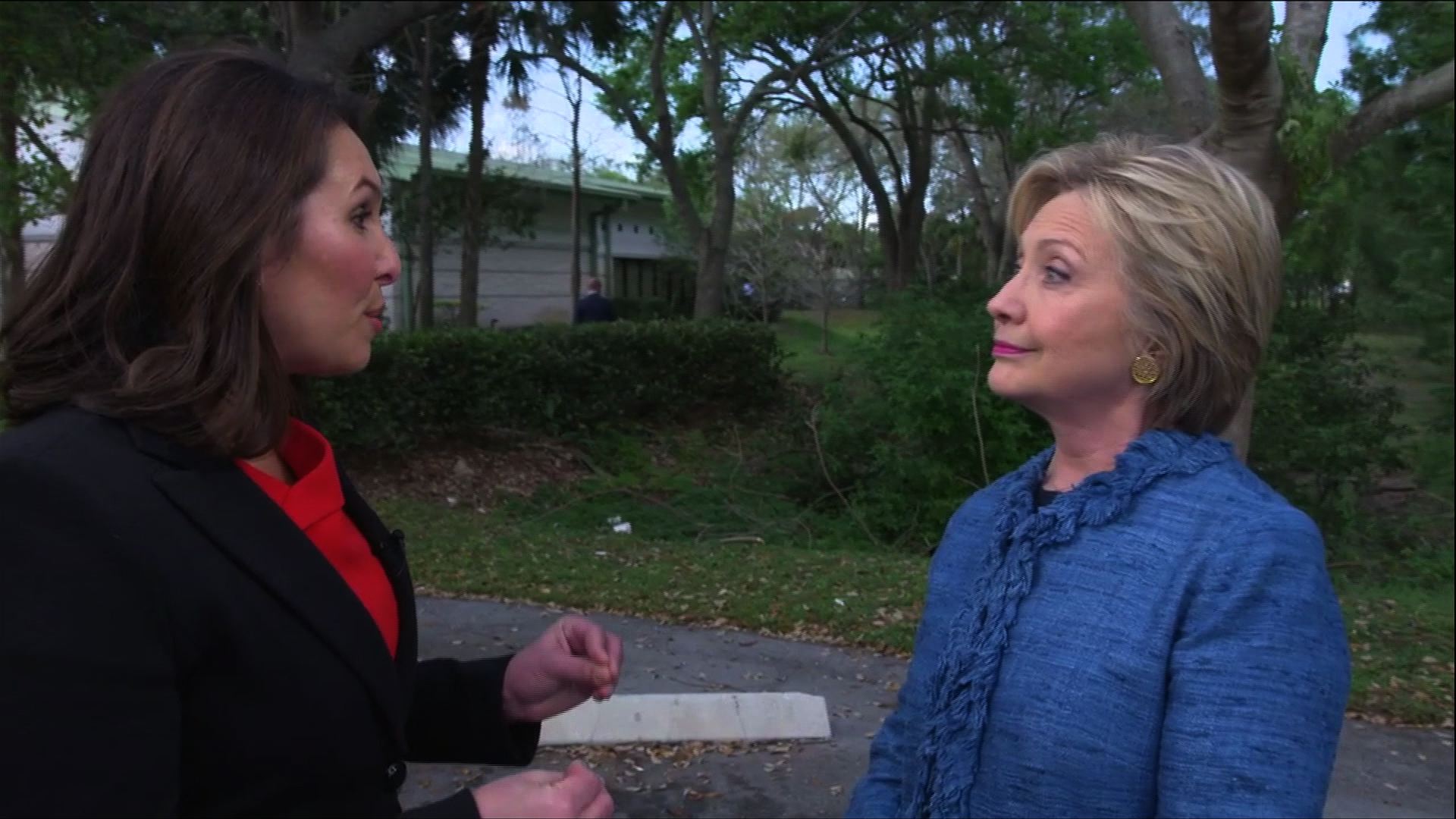 Ahead of several crucial primary contests in five states Tuesday night Hillary Clinton looked to capture last-minute Democratic voters by reminding them that she does have a lot in common with her rival, Sen. Bernie Sanders.

"We have a lot of the same goals," Clinton told CBS News Congressional Correspondent Nancy Cordes in an interview just hours before the polls close in Florida, Ohio, North Carolina, Missouri and Illinois. "We both want universal healthcare coverage, we both want to make sure that bad actors don't hurt our economy again."

It's a gentler tone than Clinton took before the Michigan Democratic primary last week, when she sought to lock down blue collar voters by accusing Sanders of opposingthe 2008-09 auto bailout. Ultimately, Michigan voters handed Clinton a stunning upset when she lost to Sanders by two percentage points after enjoying a double-digit advantage in some polls leading up to the race.

Once again, Midwestern voters in Ohio and Illinois could give Sanders another victory. When Cordes asked Clinton what she can say to voters in manufacturing states who say Sanders has been more consistent on issues like trade, she pointed to their similarities once again.

"I say number on the only multinational trade agreement I had a chance to vote on I voted no, I shared opposition to the TPP," she said referring to the Trans-Pacific Partnership - a trade agreement she advocated for as part of the Obama administration before opposing it as a presidential candidate. "But more than that, it's not just what you're against: what are you for? And what have you ever done to create good jobs and rising incomes? And I have a record on that."

"I've produced good jobs for Americans. I can do so much more when I'm president," she promised.

Despite the loss in Michigan last week, Clinton insists Sanders has not stolen her momentum.

"I have 1.6 million more votes than Senator Sanders, but we're not done yet and people need to turn out and express their view and I hope they turn out to vote for me in the hours we have left," she said.

"I place the blame squarely on Donald Trump. He has incited this violence over months," Clinton said. "I believe in peaceful protest. I believe as I think anyone who has ever run for office knows, you will be protested. I have protesters. You treat them respectfully, you ask that your supporters you know treat them in the same way, you be peaceful about it, if they continue to disrupt they are peacefully escorted out. That's not what happens in Donald Trump's events."