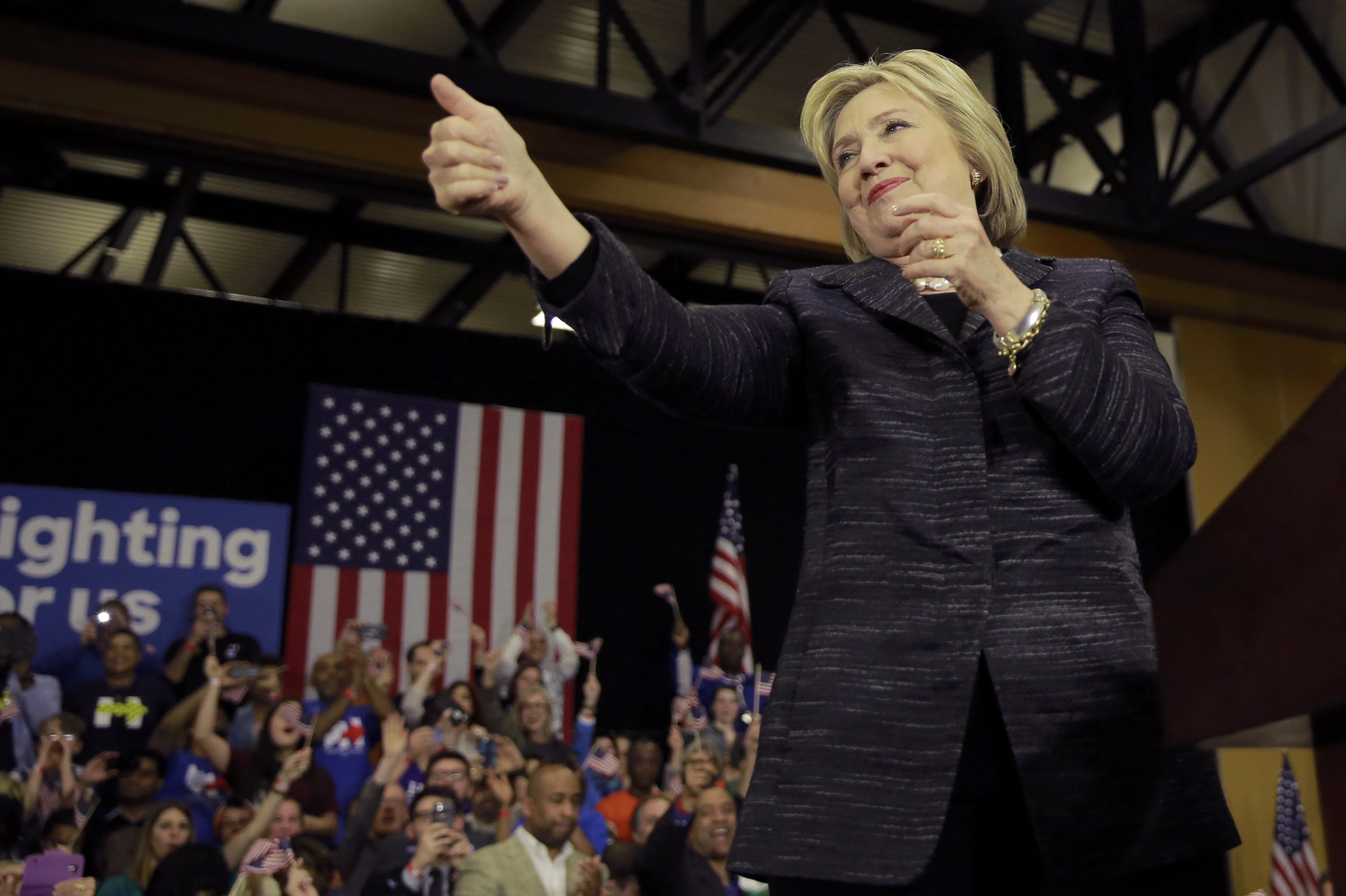 As results continued to crawl in from Michigan's primary Tuesday night, Hillary Clinton praised the campaigns she and her rival Bernie Sanders have been running while she slammed the divisiveness in the Republican race.

"This has been, so far, a campaign focused on the issues. I'm proud of the campaign that Senator Sanders and I are running," she told supporters in Cleveland, Ohio. "I'll tell you what...those differences pales in comparison to what's happening on the Republican side."

Clinton said she looked forward to building her campaign across Ohio over the next week, before the state's critical primary next Tuesday when 160 delegates are up for grabs.

The former secretary of state reiterated his campaign theme of breaking down every barrier that Americans face, whether it's economic, healthcare-related or in education. She also kept subtly attacking her GOP competitors.

"The divisiveness, the mean-spiritedness. That's not going to move us forward," she said. "Trying to divide us between us and them. It's wrong. It goes against our most cherished values."

Sanders, meanwhile, held an election night rally in Florida, which also holds its primary next Tuesday, where 246 delegates are at stake.

"Next Tuesday here in Florida, lets show the world... let's show the world that democracy is alive and well with a yuge voter turnout. Yuge!" Sanders told his supporters.

As the race appeared to tighten later on, he called an additional impromptu press conference.

"I think we are in the midst of a very tight race," Sanders said. "It is not clear yet who will win the election here in Michigan."

The Vermont independent thanked Michigan voters for "repudiating" polls and pundits that predicted Sanders wouldn't perform as well in the state.

"Basically, the delegates here are going to be split up because of proportional representation," he said. "The political revolution is strong in every part of the country and frankly we believe that our strongest areas have yet to happen."