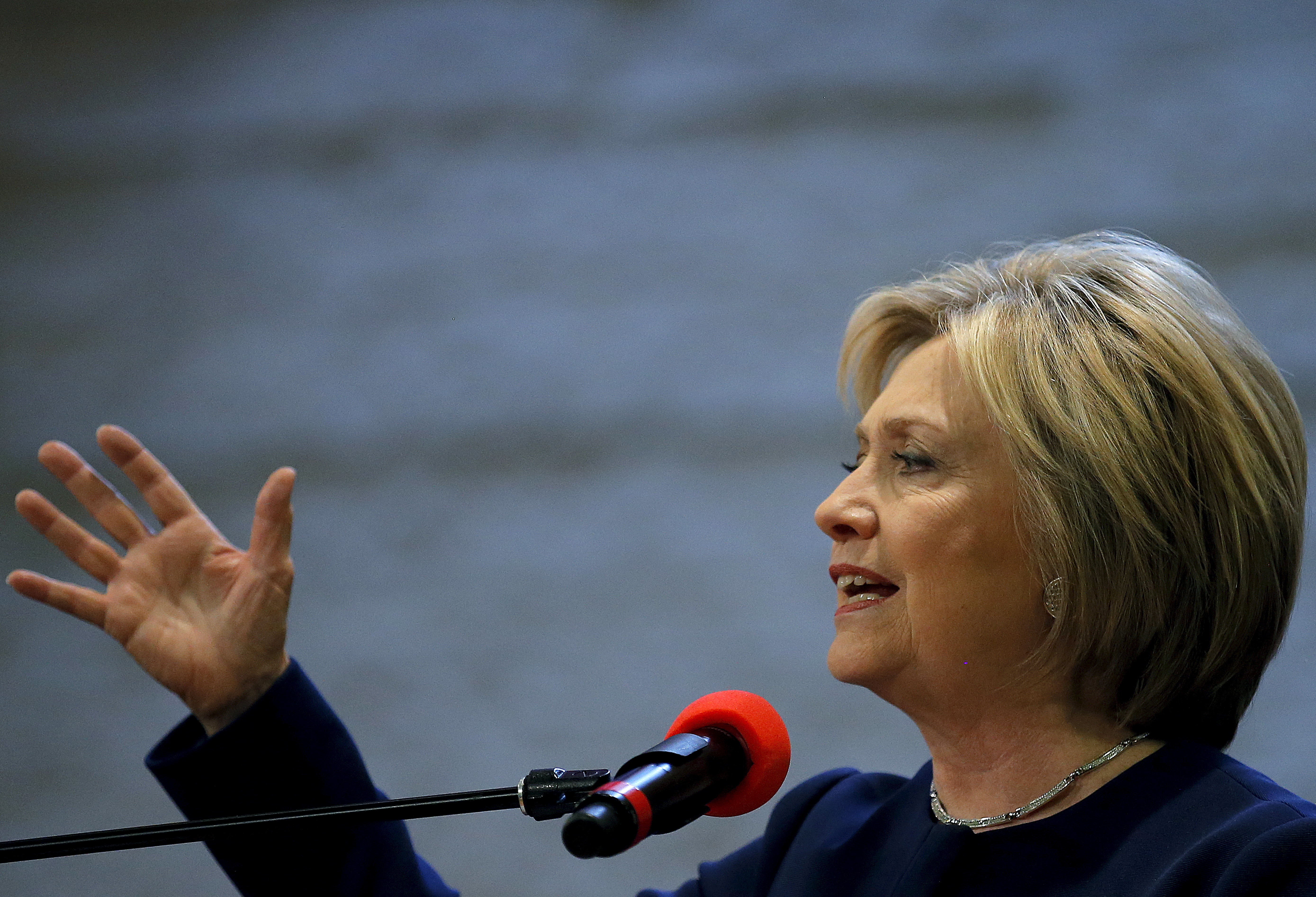 "Let's be clear about what's really going on here," Clinton said at the University of Wisconsin-Madison. "The current fight over Judge Garland is just the latest in a long line of actions aimed at disrupting our government and undermining our president. And the result is an America that's more divided, more dysfunctional and less secure."

Grassley, the Iowa Republican who chairs the Senate Judiciary Committee, said that the Senate would withhold support for Garland's nomination because it took place "during a presidential election year." He said that 2016 voters would be "denied a voice" if the Senate confirmed a new justice before the election.

Clinton told her audience on Monday, "Well, as one of the more than 65 million Americans who voted to re-elect Barack Obama, I'd say my voice is being ignored right now."

Meanwhile, as Wisconsin Sen. Ron Johnson campaigns for re-election, he often brings up his stance against confirming Garland and altering the composition of the court. "We absolutely will not allow the Supreme Court to flip," he told a Milwaukee audience last week, according to the New York Times. Clinton urged her audience to contact their senator and "tell him to stop playing games with the Supreme Court."

In her remarks in Madison, just over a week before voters go to the polls for the Wisconsin primary, Clinton urged voters to consider the high stakes of this nomination, pointing out that cases before the court this session already endanger issues important to progressives: the president's immigration executive actions, abortion restrictions, and voting rights.

Clinton also said that Americans should be concerned about the kind of nominee that a President Trump might put forward.

"As scary as it might be, ask yourselves: what kind of justice would a President Trump appoint? Or for that matter, what kind of Attorney General?" she asked. "What kind of lower court judges? As you know, he believes Muslims should be banned from entering this country because of their faith. What would that mean for a nation founded on religious freedom?"

After the death of Justice Antonin Scalia, the court has just eight justices, and if they deadlock 4-4, the ruling of the lower court will stand. Even if the Senate were to confirm Garland, it is unlikely that they would act soon enough for Garland to weigh in on cases this term.