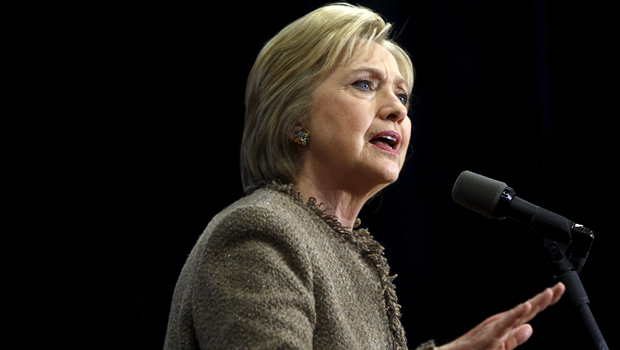 While she may not name him, Hillary Clinton will be criticizing Donald Trump over some of his comments about Israel at an address to the nation's pro-Israel lobby Monday morning, according to a Clinton aide.

Clinton will say the U.S. can't ever be neutral about defending Israel, or consider the U.S. relationship with Israel negotiable, a pointed reference to his claim during a February town hall event hosted by MSNBC that he'd be a "neutral guy" when it comes to Israel and the Palestinian territories.

She will say the next commander-in-chief must have a steady hand -- not unpredictable -- when it comes to standing by allies like Israel, a reference to Trump's refusal to give an opinion about which side was at fault in the Middle East conflict. "I don't want to get into it for a different reason ... because if I do win, there has to be a certain amount of surprise, unpredictability," he said during the same event.

During her AIPAC address, Clinton will also say that the U.S. must never be neutral in the face of bigotry, but stand for our values and those we share with our allies.

Clinton will argue, the aide said, that the next president has to be ready to take on three major challenges when he or she walks in to the Oval Office: making positive differences in people's lives, keeping the U.S. safe, and bringing the country together again. Her AIPAC speech is intended to explain how the relationship with Israel Middle East is a key part of that second test. She will lay out the key threats to Israel that make the U.S.-Israel alliance a critical one.