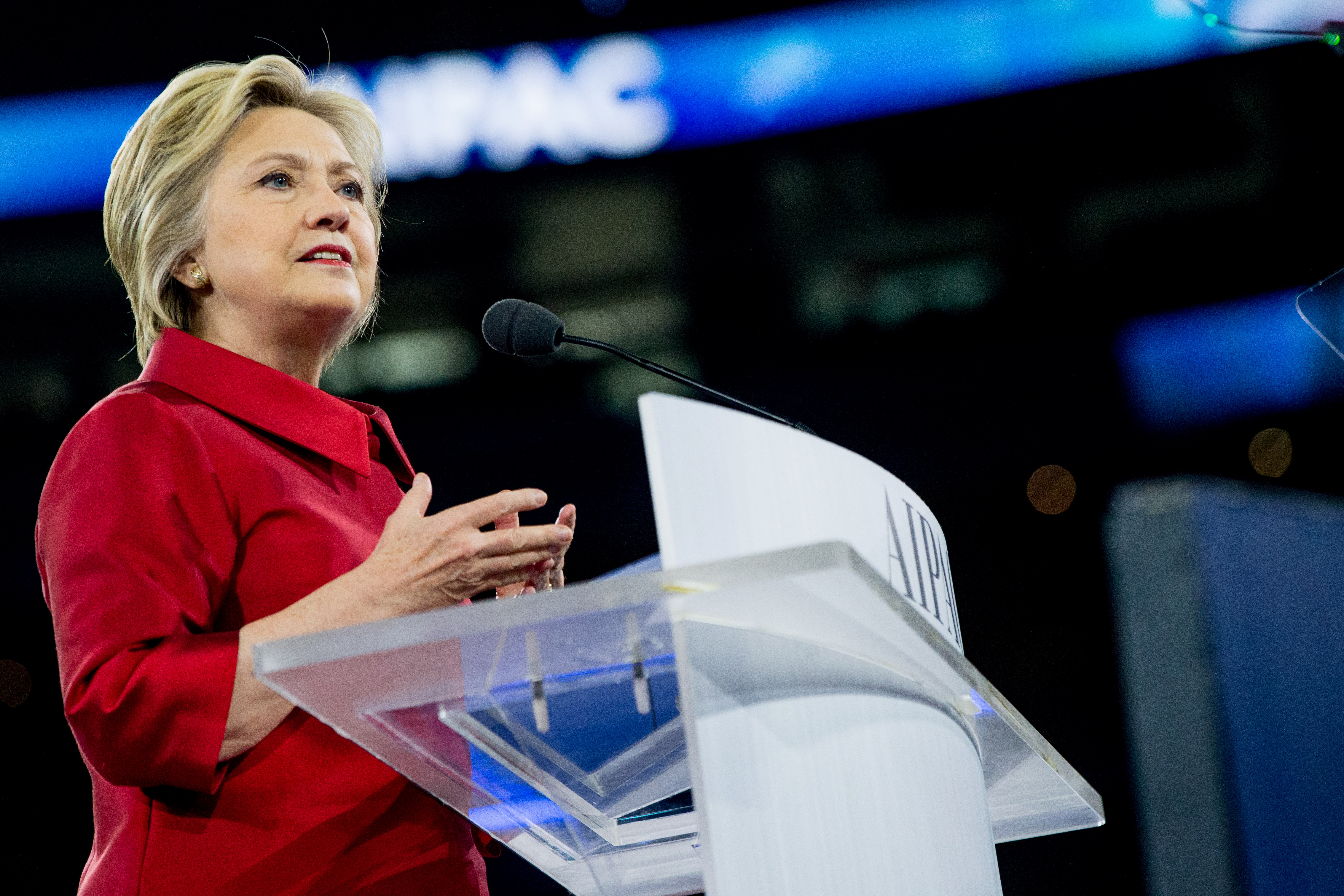 Hillary Clinton on Monday warned Jewish-Americans that Donald Trump's foreign policy vision would harm the U.S.-Israel relationship as well as the rest of the Middle East.

Speaking before thousands of people during the American Israel Public Affairs Committee (AIPAC) conference in Washington, Clinton said that the foreign policy visions from GOP candidates will "insult our allies, not engage them and embolden our adversaries, not defeat them."

"For the security of Israel and the world, we need America to remain a respected global leader," she said, "Not a president who says he's neutral on Monday, pro-Israel on Tuesday and who knows what on Wednesday...because 'Everything's negotiable,'" she said, referring to comments from Trump, who's slated to speak at the conference later in the day.

Without naming the GOP frontrunner throughout her entire speech, Clinton suggested Trump is not fit to be president because he has said he would be "neutral" in peace negotiations between the Israelis and Palestinians.

"Some things aren't negotiable and anyone who doesn't understand that has no business being our president," Clinton said.

The former secretary of state also took aim at the Republican field in general.

"Candidates for president who think the United States can outsource Middle East security to dictators or that America no longer has vital national interests at stake in this region are dangerously wrong," she said.

The Democratic frontrunner emphasized that Americans are faced with a number of choices, and said the most important one is whether Americans and Israelis stay true to their Democratic values. Clinton slammed Trump for "encouraging violence, playing coy with white supremacists," as well as calling for the deportation of 12 million undocumented immigrants and banning Muslims from entering the U.S.

She warned that the U.S. has already had a "dark chapter" in its history, including when the U.S. sent nearly 1,000 Jews on the St. Louis transatlantic liner back to Europe in 1939.

She touted her work at the State Department that ultimately forced Iran's government to the negotiating table. Clinton said the U.S., Israel and the rest of the world are safer as a result of the Iran nuclear deal, but warned that if elected president, she would "turn all the sanctions back on if needed."

If Iran attempted to violate the agreement and revive its nuclear program, Clinton said, "The United States will act to stop it and that we will do so with force if necessary."

Clinton also said Iran's recent ballistic missile tests "is a serious danger and it demands a serious response," such as imposing additional sanctions.

On the peace process between Israel and the Palestinians, she expressed optimism that a deal to work out a two-state solution could still be reached. She said that's the only way to guarantee Israel's survival as a strong Jewish and Democratic state and for Palestinians to be able to govern themselves.

Clinton, however, said that she would oppose any attempts by outside parties, including the United Nations Security Council "to impose a solution."

She said one of the first things she would do as president is to invite the Israeli prime minister to visit the White House -- a remark that received rousing applause and a standing ovation.