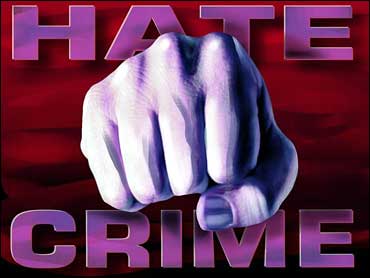 Police arrested three men accused of hogtying, beating and stabbing a pizza delivery man because they mistakenly believed he was Muslim.

The suspects originally intended to rob Bhalerao, but escalated the assault mistakenly believing he was Muslim, said Fairhaven police Chief Gary F. Souza. The attacks continued as Bhalerao, a graduate student at the University of Massachusetts-Dartmouth, explained that he was Hindu.

"He pleaded with his attackers," Souza said. "They were using disparaging remarks…and telling him he should go back to Iraq."

The suspects put the victim into the trunk of his own car and, during the drive to the neighboring town of Fairhaven, Bhalerao managed to loosen his ropes.

When the vehicle stopped he got out and hit one of his assailants with a hammer. The assailant then stabbed Bhalerao before fleeing, police said.

Bhalerao was taken to a hospital, where he was listed in fair condition Wednesday night.

The suspects face various charges including armed assault with intent to murder, kidnapping, and hate crime and civil rights violations. All three have pleaded innocent and were being held on bail.

Police were searching for a fourth suspect.

The Council on American-Islamic Relations called for a federal investigation.

Hate crimes surged in 2001 against people of Islamic faith and those of Middle Eastern ethnicity in the aftermath of the Sept. 11, 2001 terror attacks, the FBI reported last fall.

Incidents targeting Muslims, previously the least common involving religious bias, increased from just 28 in 2000 to 481 in 2001 — a jump of 1,600 percent. However, anti-Jewish attacks still led the category.

Hate crimes directed against people because of their ethnicity or national origin — those not Hispanic and not black — more than doubled from 354 in 2000 to 1,501 in 2001. This category includes people of Middle Eastern origin or descent, the FBI says.

The increases, according to the report, happened "presumably as a result of the heinous incidents that occurred on Sept. 11" of 2001.

Most incidents against Muslims and people of Middle Eastern ethnicity also involved assaults and intimidation, but there were three cases of murder or manslaughter and 35 arsons.