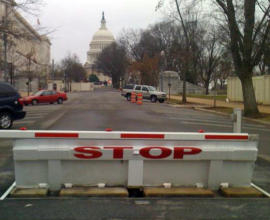 Taking a page out of the FBI book on crime fighting, the trade groups for some of the top entertainment sectors released for the first time a list of the most "notorious sites."

The International Anti-Piracy Caucus, a group of lawmakers that works closely with the Motion Picture Association of America, the Recording Industry Association of America and a lobbying group for the software industry, named six Web sites that have made themselves infamous for being "overwhelmingly used for the global exchange of illegal movies, music and other copyrighted works."

The sites were named Wednesday at a congressional caucus in Washington D.C.

The sites were listed in alphabetical order according to the name of their country but there's little question which site would be the entertainment industry's public enemy No. 1. The Pirate Bay is among the oldest and most popular of any of the sites listed, but the film and music industries say the site has cost them millions in lost revenue and thousands of jobs. They say The Pirate Bay and the other five sites listed are nothing but outlaws who line their pockets with money that rightfully belongs to filmmakers, actors, musicians, songwriters and lots of other creators.