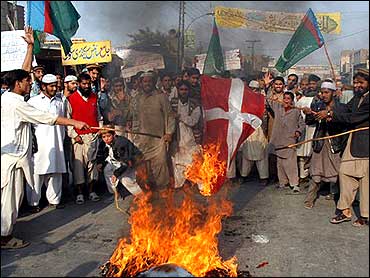 "It was all the little things, too," Holik said after the Devils took over first place in the NHL's Atlantic Division with a 5-2 victory over the slumping Carolina Hurricanes.

"I think it was the best team effort of the year -- by far," said Holik, who had a goal and an assist. "Everybody contributed one way or another."

Randy McKay, Jay Pandolfo, Denis Pederson and Scott Stevens added goals for the Devils, who won for the 10th time in 14 games and moved one point ahead of Pittsburgh.

"It was one of those games where the guys were ready to play and wanted to win," coach Robbie Ftorek said. "Everybody just kind of flowed off of one another, and that was exciting to see."

It was espscially exciting for the Devils because it started a five-game road trip for New Jersey, which had lost its previous two contests away from home. But this time, the Devils used aggressive play on both ends of the ice to send the Hurricanes to their third straight loss and sixth in eight games.

"We're a tired hockey club, no question about that," said Carolina coach Paul Maurice, whose team was playing its seventh game in 12 days. "It's so difficult when I say this to you guys because the last thing I want to see in the papers is, `Maurice uses tiredness as an excuse.' It's not an excuse. It's just a fact. But there are plenty of hockey teams that win when they're tired, and we haven't, which is disappointing."

Nelson Emerson and Ray Sheppard scored for the Hurricanes, who fell two games below .500 for the first time this season but managed to hang onto their Southeast Division lead.

The Hurricanes' skid included an overtime loss Thursday night in New Jersey, where Carolina blew a third-period lead. The Devils rallied again Sunday, spotting Carolina an early 1-0 lead before scoring all of their goals in the fina 33 minutes.

After Holik's backhander put New Jersey up 2-1 late in the second, the Hurricanes tied it when Emerson flipped in a rebound with 17:38 left in the game.

Another backhander, this one from McKay on assists from Holik and Sergei Brylin, gave the Devils the lead to stay with 13:03 remaining.

Pederson made it 4-2 when he took a feed from Petr Sykora and sent a 25-footer past Arturs Irbe. Stevens had an empty-netter with six seconds left.

Pandolfo's goal gave him five for the season, tying him for the team lead with McKay, Sykora and Dave Andreychuk. Pandolfo's total is four more than he had all of last year and one short of his total in 1996-97, his rookie season.

Andreychuk, who had missed six games with a bruised sternum, returned Sunday and played 18 shifts, getting nearly 16 minutes of ice time.

"I tried not to put myself into too many jams," he said. "It did OK. I felt better as the game went on."