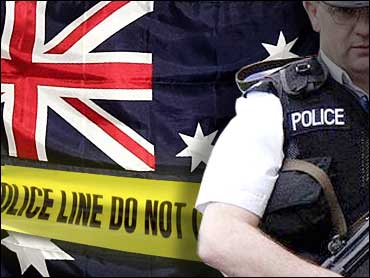 A Sydney bomb squad evacuated neighbors and sent in robots to clear dozens of suspected explosives strewn about the house of a man who recently died, only to discover the devices were all fake, officials said Wednesday.

More than 50 bomb-like devices were found in the house and in the man's car, New South Wales state Detective Superintendent Gavin Dengate said.

Friends of the man, whose identity was not released, called police after visiting his home Tuesday and spotting what looked like bombs. Neighbors were then evacuated as bomb squad officers sent in robots and detonated six of the devices, Dengate said.

"All of the devices were inert. ... They weren't capable of actually detonating," he said.

Some of the fake bombs were wired to appliances, and one included a pressure switch linked to two gas cylinders in a car.

The man, who died in a hospital more than a week ago, had also covered the windows in the house with aluminum foil.

Police have been unable to track down any of his family members.

"I have no doubt that he was not there to randomly injure people," Dengate said. "He was a recluse, and he wanted to remain that way."

Dengate said police did not know if the man suffered from a mental illness.