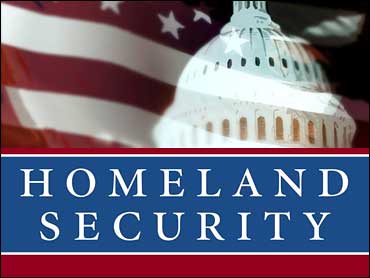 Don't worry that Congress and the President couldn't set up that new Homeland Security Deaprtment. In his latest Against the Grain commentary, CBSNews.com's Dick Meyer says it was a lousy idea anyway.

A long running performance just closed in the Senate. It was masquerading as a debate over creating a Department of Homeland Security. The question for the audience is whether to laugh or cry.

The case for laughing is this: a Homeland Security Department was a political gimmick from the get-go, a gigantic bureaucratic reshuffling intended to provide voters with the appearance that something real was happening to fight terrorism. Now both Republicans and Democrats alike come off as insincere and incompetent as they squabble over their own invented ploy. Just desserts. Hoisted by their own plucky petards.

But go ahead and cry if you ever thought a new Department of Homeland Security would make America safer, if you ever felt you could soon enjoy the protection of a lean, mean, Cabinet-level, evil-fighting machine.

I don't imagine many tears are being shed, except the crocodile tears of professional Democrats and Republicans.

So enjoy the giggles of stupid politician tricks.

Homeland security is dead in the pre-election Congress. There's a slim chance that it could be resurrected in a lame-duck session after the November elections.

The irresolvable issue has little to do with public security and more to do with job security for government workers.

President Bush wanted to have broad powers to fire, hire and reassign the 170,000 workers that were to be transferred into the new department from 22 existing public safety agencies -- powers presidents don't have now and wouldn't have in other agencies.

President Bush and Team GOP claim this is necessary to ensure that the new D. of H.S. doesn't become just another Washington watering hole for fat and happy civil leeches.

Democrats refuse. They say the President is not only trying to strip civil rights from government employees, but also trying to dismantle protections that stop presidents from filling agencies with hacks, ideologues and patronage pals.

Out-going foot and mouth-meister Dick Armey has a more colorful take, "America sits and wonders why is it that al Qaeda, this rag tag bunch of terrorists scattered all over the globe, can reorganize themselves ... and the United States government cannot reorganize itself."

"Well, I guess the difference is al Qaeda doesn't have a Senate," analyzed Armey.

Thus flows the eulogy of the Department of Homeland Security.

And as we pause to pay our respects, let me step out of character for a moment and praise the Senators who bound and gagged this legislation: If they really believed this new agency would increase world safety, there would be a new agency. But they don't. They never did.

An agency for "homeland security" was and is an ersatz-issue that is all about generating October campaign ads that shout, "I was for it" or "you were against it." And now the airwaves are full of them.

But there is a silver lining, and it reflects an ancient political truism: Good things often happen for bad reasons.

I think the invisible hand of political markets kept something from happening that was dumb at best, expensive and risky at worst.

If a Democratic administration had proposed a domestic security mega-agency, Republicans would have gone nuts screaming about bloated government. And they would be right.

Yet Republicans proposed it because it was, they said, vital to our safety. If that's the case, then safety is more important than bureaucratic management issues or breaking federal unions. Why draw the line in the sand on this "vital" issue? It doesn't make much sense.

The FBI and CIA were never included in this "reinventing government" plan. That itself tells us that this was tinkering.

Still, the idea was that somehow central management would improve functions now scattered in two-dozen separate agencies. Could be.

But it reminds me of the line we were fed a decade ago, the one about how bringing a swarm of MBA's into the world of medicine would deliver unto us better, cheaper "managed care." I'm wary, to put it mildly.

Here's the bottom line: I object to this project on purely etymological grounds. The words "homeland security" evoke a Deutschland uber alles mood that is creepy and un-American. Good riddance and auf wiedersehen.