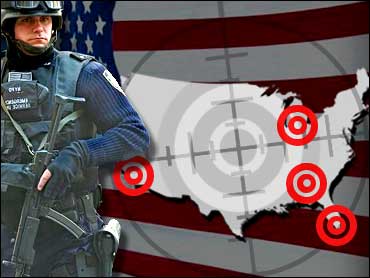 This column was written by James Jay Carafano.

Members of Congress head home this week with precious little to show for their months of grandstanding on the Hill. However, as the clock counted down to August recess, lawmakers were able to get one "signature" bill off to the president: an act purporting to implement the recommendations of the 9/11 Commission.

Those hoping the bill would provide a clear strategic direction for homeland-security policy will find this "signature" as inscrutable as that of a drunken doctor writing in haste. But the bill does clearly show, however, that the way Congress "does" homeland security has changed significantly under it new Democratic leadership.

That's not to say that everything about the bill is wrong-headed. The so-called 9/11 bill includes several positives, embracing measures that homeland security experts have long advocated. Among these are provisions:

Lowering the minimum amount of security grants that Washington must give each state:. Unlike most of the bill's provisions, this one actually was recommended by the 9/11 Commission, which was rightfully concerned that homeland security grants were becoming little more than vehicles for pork-barrel spending projects. This reform will allow the Department of Homeland Security to focus more money on the highest homeland security priorities.

Requiring periodic strategic assessments similar to the Defense Department's Quadrennial Defense Reviews:. It makes sense to take time occasionally to review whether what's being done is actually accomplishing anything useful.

Promoting reform and encouraging a modest expansion in the Visa Waiver Program:. Efforts to increase opportunities for America's friends and allies to visit the U.S. while making terrorist travel more difficult are long overdue.

Nor did the final bill include every bad idea incorporated in the original bills offered in the House and Senate. For example, bill conferees dropped a measure that would have expanded union rights over the Transportation Safety Administration. The erstwhile "union protection" provisions would have made it virtually impossible for TSA make timely changes in its passenger screening procedure in response to ever-evolving security threats.

Unfortunately, the bill does contain a good deal of junk. Some requirements will actually make America less safe, needlessly siphoning time, effort, and resources away from the kind of work that actually thwarts terrorists. Among the key strategic missteps are provisions that:

Increase spending based on criteria unrelated to actual security risks:. Though they tightened up one state grant program, lawmakers wound up creating new grant programs, beefing up existing (and unfocused) grant programs, and injecting wasteful state minimums into more grant funding formulas. They also adopted a host of earmarks from congressional leadership. In the end, Congress could not resist buying a bigger barrel and stuffing it with even more pork.

Require ports and airlines to scan every container entering the United States:. While this initiative "polls well," most security experts find the idea preposterous. The scanning will produce so much data (and poor-quality data at that) that it will bog down rather than inform security operations. By the time anyone dockside will be able to review pictures of, say, a container of sneakers sent from China, odds are the shoes will have already been stocked, sold, and walking around the country for weeks.

One measure of how far the bill has missed its strategic mark is how found in how very few of its more than 700 pages of provisions pertains in any way to recommendations actually made by the 9/11 Commission. Inspecting every container of frozen fish, for example, was never suggested in the commission report.

How curious that the so-called 9/11 bill can come up with so many frothy original ideas, yet scrupulously avoid so many hard-nosed recommendations from the commission. For instance, whatever happened to the idea of further consolidating the jurisdiction of congressional committees over the Homeland Security Department. The new law studiously ignores this basic housekeeping reform so strenuously sought by the commission.

What Congress cobbled together shortly before recess was pretty much standard kitchen-sink legislation — a hodgepodge of measures styled mostly to please various stakeholders and deliver on campaign promises. Some are good, some bad, and some indifferent. This "new" way of doing homeland security looks an awful lot like the traditional way Congress legislates.

The contrast with how Congress approached homeland security shortly after 9/11 could not be more striking. In the wake of the attack, legislators purposefully created the Department of Homeland Security, passed the Patriot Act (which has actually helped stop terrorist attacks), and reformed the intelligence community. The post-9/11 congresses governed a nation at war.

This year, Congress slaps together a mediocre bill, bats it over to the president, and goes on vacation.