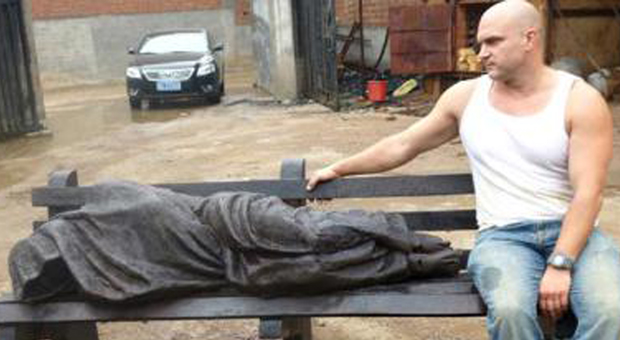 CHICAGO-- Chicago will soon host a sculpture that’s both inspired and angered viewers around the world, reports CBS Chicago.

Canadian sculptor Tim Schmalz said Pope Francis has blessed the statue, but two cathedrals have rejected his bronze image of Jesus on a park bench.

“Imagine a life-sized figure totally wrapped up in a blanket, or a sleeping bag, with the only thing visible the feet of the figure,” he said. “If you look in the feet, you actually see the wounds of Jesus.”

Cathedrals in Toronto and New York previously rejected the statue.

Once it is installed at Catholic Charities, Schmalz hopes people will sit at the feet of the sculpture and pick up some inspiration to help others.