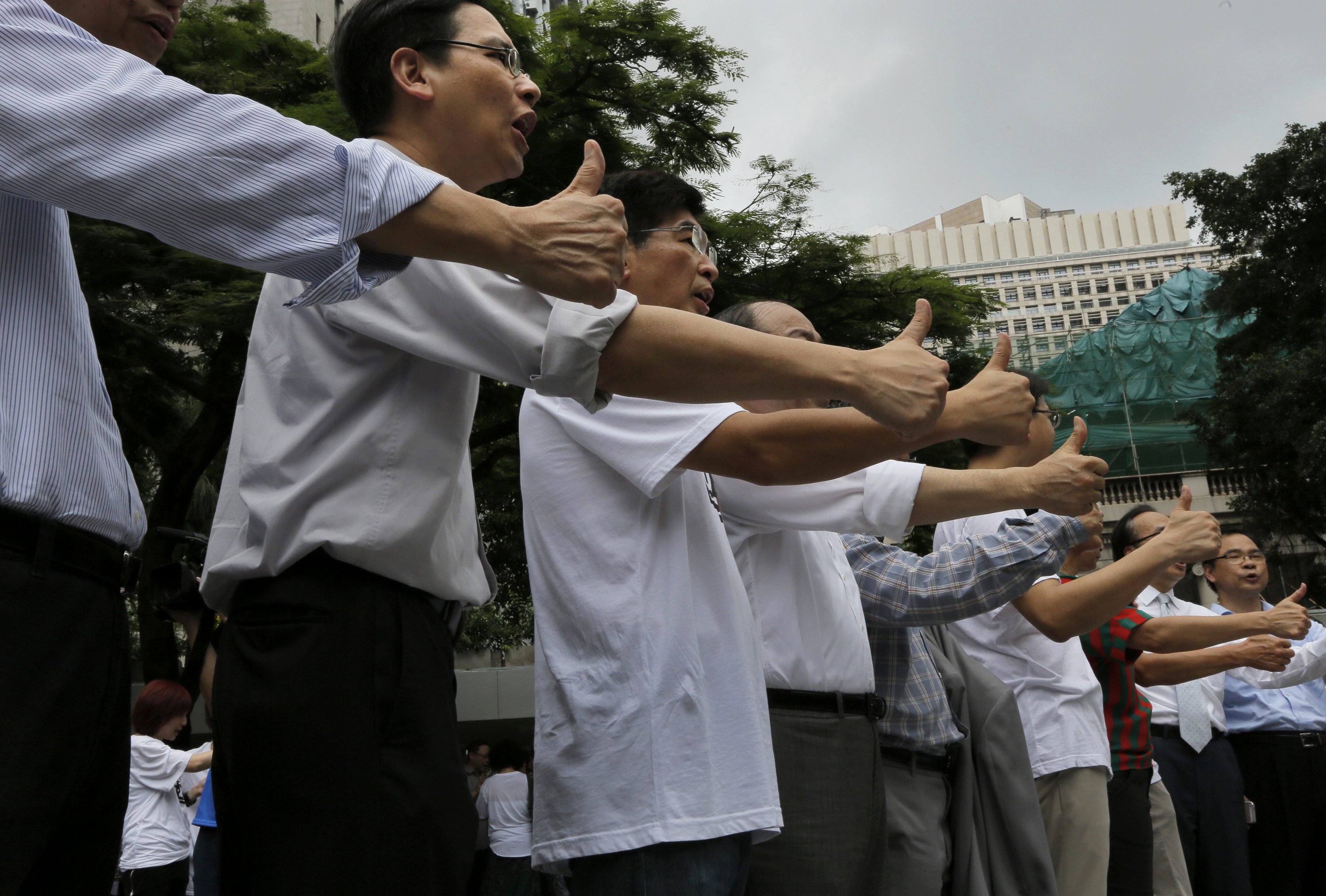 HONG KONG -- Tens of thousands of Hong Kongers voted Friday in an unofficial referendum on democratic reform that has alarmed Beijing and sets the stage for a possible showdown with the government, with mass protests aimed at shutting down the Chinese capitalist enclave's financial district.

Tensions are boiling over in Hong Kong, which came back under Chinese control in 1997, over how to choose the city's next leader.

Since the end of British colonial rule, Hong Kong's leaders have been picked by an elite pro-Beijing committee. Beijing has pledged to allow Hong Kongers to choose their own chief executive starting in 2017.

Organizers of the Occupy Central with Love and Peace movement said that in the first six hours, about 165,000 ballots were cast on proposals for electoral reform. They hope at least 300,000 people will take part.

The three options on Friday's ballot all call for the public to nominate candidates, which Beijing has rejected, insisting instead that candidates be vetted by a Beijing-friendly committee.

Most ballots were cast by phone with tens of thousands more cast online despite intermittent disruption from a cyberattack on the voting site. Because of the attack, the organizers have extended voting by a week until June 29. Up to 15 voting stations will also be set up on successive Sundays so ballots can be cast in person.

In what was seen as a warning ahead of the vote, Beijing released a policy document last week asserting its authority over Hong Kong. It said that the city's high degree of autonomy under the principle of "one country, two systems" came at the discretion of the central government.

The Hong Kong government says all three options on the ballot are against Hong Kong's constitution, known as the Basic Law.

Occupy Central leaders are calling for 10,000 people to blockade the streets of the financial district if the government fails to come up with reform proposals that meet their standards. The protest was originally planned for July 1, but is now expected by the end of the year at the earliest as the government holds further consultations, said Benny Tai, a movement leader and Hong Kong University law professor.

Chinese officials and Hong Kong's billionaire tycoons have criticized the movement's plan while some business groups warn it will cripple the financial district. Banks and other firms have drawn up emergency plans so they can continue operating during a shutdown.