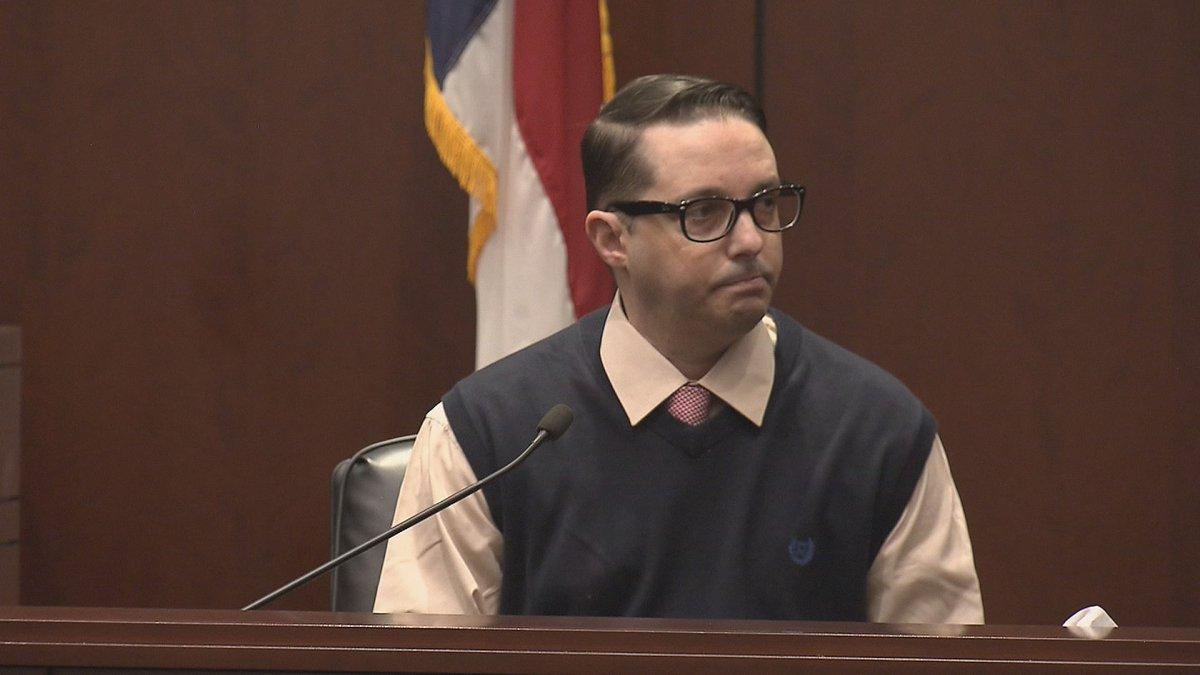 RALEIGH, N.C.  -- A white man accused of shooting an unarmed black man after calling 911 and reporting "hoodlums" said he thought the loud, armed people in the street were friends of his own drug-taking son until he expressed fear about the unfamiliar crowd. A tearful Chad Copley, 40, testified at his murder trial that he was defending his family by firing at men approaching the attached garage that served as his son's bedroom.

The young man had returned home only a couple of hours earlier after being gone for about two weeks when a shouting crowd gathered around engine-revving cars in the street, Copley testified.

But Copley admitted under later questioning by prosecutor Patrick Latour that he lied to police nearly a dozen times, from giving false accounts of people racing on his small residential street and vandalizing property to saying he fired a warning shot before killing 20-year-old Kouren Thomas.

Prosecutors said Copley appeared bent on violence when he told 911 operators that "We've got a bunch of hoodlums out here racing," and "I am locked and loaded and going outside to secure the neighborhood."

Thomas' family has said he was in the area for a party at a home nearby Copley's and was leaving when he was killed. Justin Bamberg, a lawyer for Thomas' family, has drawn comparisons between Copley and George Zimmerman, a neighborhood watch volunteer who shot and killed unarmed teen Trayvon Martin in 2012 in a Sanford, Fla. neighborhood. Zimmerman claimed self-defense and was acquitted of murder in 2013.

On the stand Tuesday, Copley testified that soon after midnight in August 2016 he opened the bedroom window of his Raleigh home and shouted an expletive at the crowd while demanding they quiet down.

"I was thinking that's my son out there," Copley said.

They responded with angry expletives, and Copley said he saw three men holding guns. One pointed a gun at his second-floor window, Copley said. Copley said he loaded the shotgun hidden under his bed and went downstairs, assuming he'd order his son to ask his buddies to stop.

"He's a hoodlum as well," Copley said, explaining the word to him means someone who doesn't care about how their actions affect other people.

Instead, Copley testified, his son said he didn't know the men outside, who were now in his yard and nearing the garage. Copley surprised the intruders by firing the fatal shotgun blast through the garage's glass window.

"He reached for his gun and I shot him," Copley said.

Copley admitted under Latour's questioning that he never said before Tuesday's testimony that any of the men outside his home had a gun or pointed a weapon in his direction.

Wake County sheriff's deputy J. Ekkens told the court Monday that the only gun found on the scene was the .12-gauge shotgun that was used to kill Thomas, reports the News & Observer. However, Ekkens acknowledged that around 20 people left the area before police had a chance to search for weapons.

The fatal shooting came at the end of a miserable day for Copley, he testified.

He was disappointed and worried about his missing son. He'd had an argument with his wife early the previous day and she'd left the house with their two young daughters until evening, leaving Copley brooding. After she returned and the girls were asleep, the couple tried to make up but he couldn't perform in bed. Another loud gathering at the home two doors away was spilling into the street.

Copley admitted that since shooting Thomas, he's changed his version of what happened several times.

"The reason I lied to the police was because I was a scared. I was being a coward," Copley said.

A man who said he was 15 feet away from Thomas when he was shot told the courtroom Monday that party-goers "became frantic" when they first saw police approaching, assuming they had come to shut down the party. "That was the first time that I ever saw [Kouren]," said Justice Euvka. "He ran directly past me...I looked back and noticed that the police were coming up toward the party, and I turned around and ran behind him. Before I could even get into a full run, as I was behind him, that's when I heard the gunshot. After the gunshot I saw him fall," he said.

"He screamed for help...  I looked to the right after getting to where his body was, and saw the garage glass of the house immediately to the right, broken."