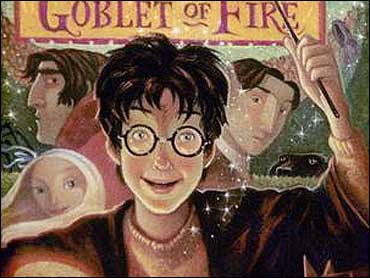 There'll be no wave of the magic Harry Potter wand for the three-year-old students of a local ballet school in southern England.

Choreographer Valerie Le Serve said Monday that she was forced to change a 10-minute segment based on the exploits of the boy wizard and his friends at Hogwarts school after author J.K. Rowling's agent pointed out a contract with movie giant Warner Bros. that bans rival productions.

Le Serve said she wrote to Rowling's London-based agent Christopher Little as a courtesy but was surprised to receive a letter banning her from going ahead with the amateur event in Worthing, West Sussex.

Warner Brothers, which produces the box office hit movies based on the books, has rights over any live theatrical or musical production until 2007.

"Sadly the position is that contractually we are precluded from granting the type of rights requested by the Worthing dance school unless Warner Bros. relent and waive their rights," said Neil Blair, a spokesman for Christopher Little. "It is simply not possible for us to pick and choose however worthy the cause, which in this particular case was clearly most worthy."

Le Serve's production was scheduled as part of a variety show to raise money for London's Great Ormond Street Hospital for children and the Cleft Lip and Palate Association.

Le Serve said she would adapt the costumes of black cats, owls, and wand-carrying street traders to another story line.

"I could not believe it. Friends said J.K. and her agents would not mind, but it appears they do. I am flattered that they consider us to be such a great threat to their plans in 2007," she said.

"We'll still have a dance with a wizard theme because my costume designer has made many of the cat and owl outfits. It's a real shame it won't be Harry Potter. The kids were so excited about it."